An overflow crowd joined the British designer in toasting the store's silver anniversary. 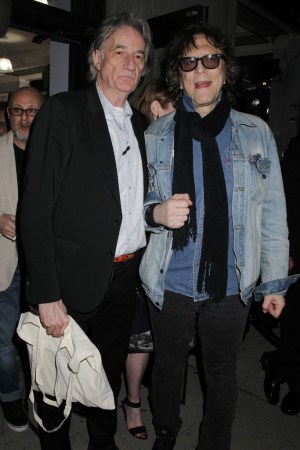 Sir Paul Smith threw himself a booming birthday bash Wednesday night to celebrate the 25th anniversary of his Flatiron District retail store in New York. Invitees could barely squeeze into the store for the event, which drew an assortment of rock ’n’ rollers, retailers and friends all vying for a chance to congratulate the designer on his staying power.

“I remember coming down here in 1986,” Smith said of the neighborhood that was filled with Chinese laundries and take-out food spots when he first ventured down. “And I thought it might be good to open a shop here.” Although other British companies had tried and failed, “even big British companies,” he said, he was hopeful that the U.S. consumer would embrace his distinct take on fashion. “I looked at all the obvious places but couldn’t afford them, and I liked the Flatiron area.” He said he made a similar choice in London when he opened a shop in the “wilderness” that was Covent Garden at the time, and a “back alleyway” in his hometown of Nottingham. “I guess that’s what attracts me,” he said with a shrug.

Smith created a few special items to commemorate the anniversary, including T-shirts, wallets and candles, many of which sported a big green apple. Throughout the two-level store and in the windows were vintage Paul Smith fashions and accessories from the designer’s archives or borrowed from customers, as well as old “catalogues” from his fashion shows over the years.

In his typical flat-out pace, Smith was in the U.S. for only one day before returning to London. He even stood up the prime minister: The designer was invited to that night’s state dinner at the White House in Washington for Prime Minister David Cameron and his wife, Samantha, but Smith said, “I had to say no — I’m here.”