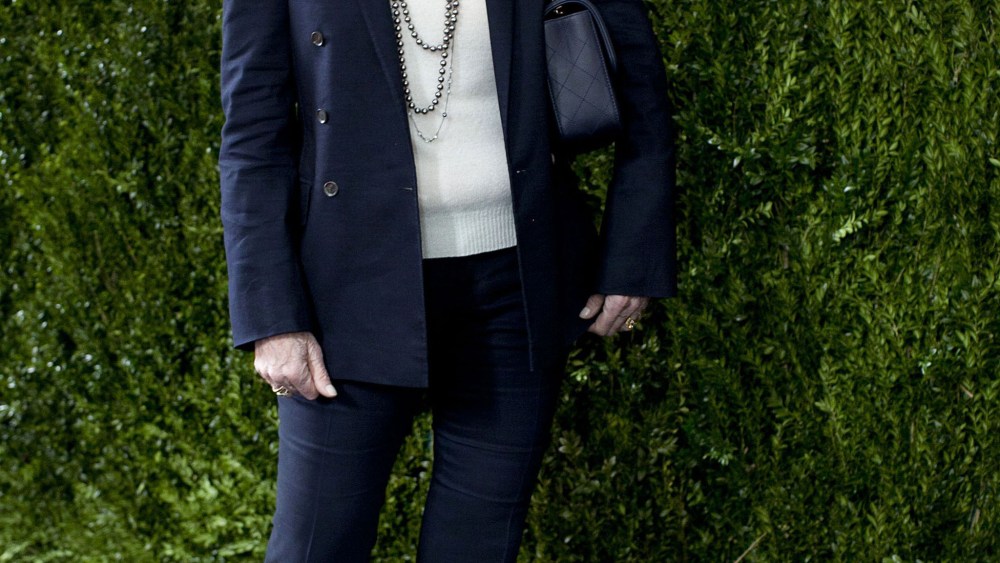 Jane Rosenthal, Paula Weinstein and Chanel celebrated a new record for the Tribeca Film Festival on Friday. This year’s installment will showcase the works of 51 female directors — the highest number of women filmmakers in the festival’s history.

“Good,” exclaimed Diane Lane upon learning of the new record. The Tribeca jury member wasn’t previously aware of the news and admitted she’s still learning “the statistics” surrounding women in film. “What’s really important is the voice that gets heard through the medium — whatever the medium is, whether it’s painting or music or other film. There are so many art forms that exist, so now, what they reflect will be more and more of the female experience.”

Lane joined Christina Ricci, Dianna Agron, Joy Bryant, A.V. Rockwell, Mariska Hargitay and Laurie Simmons at the Women’s Filmmaker Luncheon presented by Through Her Lens: The Tribeca Chanel Women’s Filmmaker Program at The Odeon. The Tribeca restaurant holds significance to Simmons, whose daughter, Lena Dunham, has a tattoo of the restaurant inexplicably placed on her behind.

“I’m completely thrilled to be in the company of so many women,” Simmons said. “I’m a visual artist and when I entered the art world in the mid-Seventies, I landed squarely in the middle of a man’s world.” Though new to the filmmaking world herself, the artist offered some words of advice to women hoping to break through: “Band together with your own kind. When women stick together, things really happen. Support your colleagues — don’t compete with them. There’s real power in numbers. I’m all about girl gangs.”

Bryant was less amused by the notion that 51 female directors was by any means a high number. “It shouldn’t be news, it should be how it is everywhere,” she said, calling it “inspiring” nonetheless. “As long as that is a consistent thing, not just for the festival, but throughout Hollywood in general, it sends a powerful message to the powers that be that women can tell stories. They deserve to be given the same opportunities and chances that unknown men are given all the time.”

Rosenthal and Weinstein each shared a few words before inviting guests to dig into the spread of oysters, shrimp, salad, cold cuts and cheese. Weinstein in particular seemed to be celebrating more than just the festival’s record-breaking number of female directors.

“Bill O’Reilly got fired,” she said, garnering cheers from those around her. “I grew up when women [couldn’t] drive a car. A car company started pulling [ads] from [‘The O’Reilly Factor’] because they didn’t want to hurt their women clients, their women car-buyers. Women are that important to Mercedes-Benz, and thank goodness we’ve shown our power. We have to keep going. It’s not political correctness, it’s just correctness.”