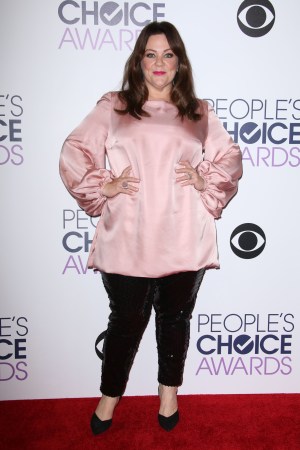 The People’s Choice likes to bill itself as the first awards show of the year, but it’s also the only one based on fan votes versus guild members or film critics (read: you’ll get a trophy if you agree to show up). Still, that doesn’t dampen the red carpet-watching fun at Los Angeles’ Microsoft Theater, which luckily was tented during the El Nino downpour.

After all, fans still appreciate the merits of Chris Hemsworth and Vin Diesel even if Motion Picture Academy voters don’t drop ballots of “In the Heart of the Sea” and “Furious 7.” There were also performances by heartthrob crooner Shawn Mendes, Camila Cabello and Jason Derulo. Adding a touch of seriousness, Ellen DeGeneres received the Humanitarian Award honor.