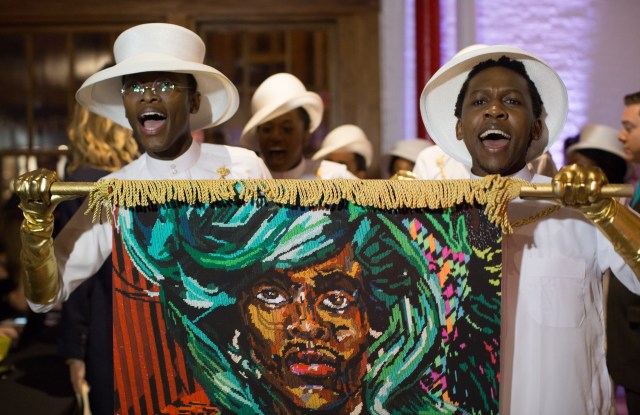 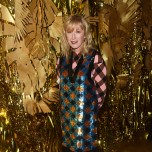 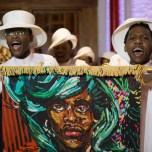 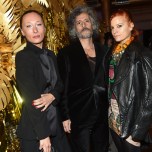 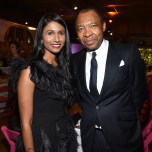 “I can fight my way through with you,” a man remarked to his companion upon encountering the dense crowd inside the Altman building on Tuesday. A glimmering, shimming wall had been put up inside the former carriage house, providing the perfect photo backdrop for those who had embraced the “dazzling” dress code for the Performa gala. Sure enough, there was no shortage of disc and sequined outfits at the Beloved Country event, which was paying tribute to the history of visual and performance art in South Africa.

“Performance is such an important part of what the art world can give us and contribute,” remarked artist Rashid Johnson, who recently joined the organization as a gala co-chair. “[Performa] doesn’t only take traditional performance artists and give them opportunities…art is from all different mediums.”

Shortly before dinner of passed South African dishes — chakalaka, pap and vleis, spiced garnet yams — a brass band began a procession through the room. During dinner, the event honored artist Okwui Enwezor and paid homage to William Kentridge, before Athi-Patra Ruga staged a performance of “Over the Rainbow,” a new theatrical musical piece commissioned by Performa.

While Performa was honoring South Africa, it also had its eye on next week’s general election. Each guest was greeted at dinner with place mats bearing phrases such as “Freedom For” and “Freedom Of” across the top, with a blank box to insert their own thoughts. Downstairs, a few of the banners were filled out and posted by the bathrooms: “Freedom Of: Performance,” “Freedom From: Debt” and “Freedom From: This Election.”

“It’s an art world super PAC,” Performa founder RoseLee Goldberg explained of the immersive guest installation, which was inspired by Norman Rockwell’s paintings of Franklin D. Roosevelt’s 1941 Four Freedoms speech. “It’s important before the elections to have this here. We’re asking everybody to think about it next week.”

The fashion collective Threeasfour had dressed Goldberg for the evening, as well as several performers in “Over the Rainbow.” When asked about his views on the election, designer Gabi Asfour referenced quantum vibrations as evidence for his view that the world is edging towards a more universal, united consciousness.

“Collaboration of different fields, that’s what I think politically is going to be the next desire for people. I don’t know if its going to work, but I know that there’s a will,” he explained, beverage in hand. “It has to happen, because to do something today that’s interesting, whether it’s art or fashion or architecture, you have to have collaboration. I definitely believe this is the way of the future.”

Considering how wide the Hillary Clinton versus Donald Trump divide is, it’s certainly an optimistic approach.