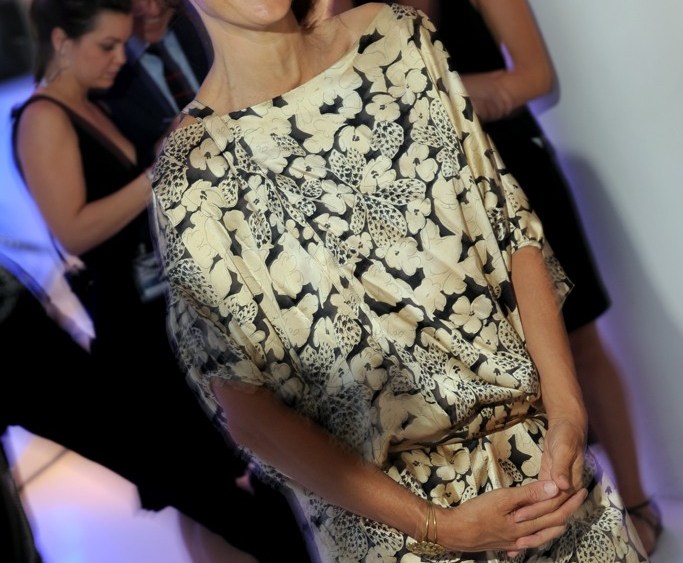 “We’re not in a bookstore! I feel like every time I see you, you’re in a bookstore!” exclaimed production designer Jeannine Oppewall, as she hugged fellow honoree, the costume designer Julie Weiss, on the carpet outside the Museum of the Moving Image on Wednesday night. It was the third and final installation of Persol’s ongoing series at the Queens museum dubbed “Magnificent Obsessions: 30 Stories of Craftsmanship in Film.” The exhibition is a celebration of the oft-obsessive craft behind filmmaking. The third iteration celebrated the works of Ang Lee, Jennifer Connelly and Johnny Depp, among others.

“It’s strange,” Oppewall said, on being honored. “People who work behind the scenes are often not interesting to most [people] because what we do is done by the time everyone sees it, so it’s just interesting to have people interested in what we do.”

As guests poured into the museum’s entrance, servers costumed in flight attendant uniforms à la Oppewall’s work in “Catch Me If You Can” received them with champagne flutes and stewardess-friendly smiles. Behind them, various scenes from the films being showcased throughout the exhibit were projected on a massive wall.

“We learned how important it is to have the filmmakers as involved as possible,” said Connor on the difference between the current exhibit and the previous two in the series. “I think this year we’ve had a lot of input from filmmakers and it really shows the depth of the exhibition. I don’t know what we’re going to do next!”