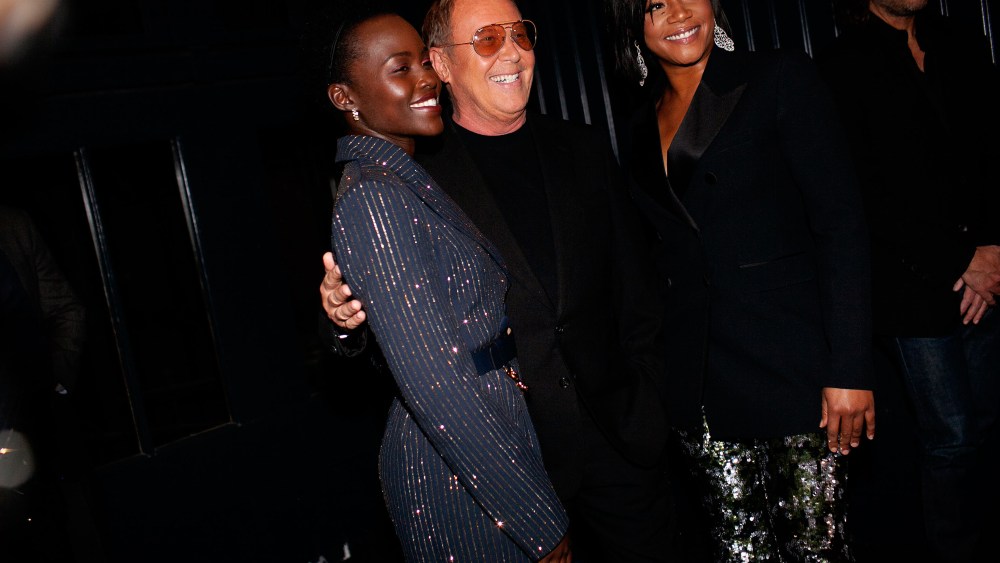 Nobody wanted to talk politics on Monday night in New York.

But at this year’s God’s Love We Deliver Golden Heart Awards ceremony, where presidential hopeful Pete Buttigieg was honored alongside Iman and MAC Viva Glam’s John Demsey, the inevitable happened.

Upon accepting his award, Buttigieg discussed his policy goals and vision for society should he be elected in 2020.

“This room gives me more fashion anxiety than usual,” he said to the crowd, which included Lupita Nyong’o, Michael Kors, Tiffany Haddish and Marisa Tomei. “I try and keep it simple.”

The topics he discussed in his speech ended up being among some of the toughest issues Americans face today. He cited climate change, economic woes and job losses, gun violence, LGBTQ rights and terminal illnesses as matters his campaign wants to tackle.

“I’m not going to get political here, but I will tell you I’m thinking a lot about what comes next, after this particular challenging political season we’re in,” he said. “I know it’s a bleak moment in many ways, but I believe we can be very proud of the moments ahead of us if we come together. I know that hope went out of style for a little bit in the politics of this nation, but seeking office is an act of hope.”

Although Kors was visibly stoked at the sight of Buttigieg when he greeted him on the step and repeat the hour before, he stayed coy when asked whether the Indiana mayor has the designer’s vote.

“I’m not here to talk about specific politics,” Kors said. “He has my interest and I’m knocked out by his intelligence — what he has to say. Also, I think it’s nice to just hear someone who’s really, not only that smart, but very plainspoken.”

Iman, like Kors, played it safe when talking about who she planned to back. “All Democrats have my support. And whoever we decide on at the end has got my support.

“Say his last name! Buttigieg,” she added. “When I first heard it, I thought, sounds very African.”

The newest ambassador for Kors’ Watch Hunger Stop program, Lupita Nyong’o, also attended the GLWD gala — her mother Dorothy Nyong’o was her date for the night. Lupita Nyong’o’s on a press tour for her new children’s picture book, “Sulwe,” which addresses colorism in black and brown communities. As a kid herself, Nyong’o was bullied for the color of her skin, but says in adulthood, her view of colorism has completely changed.

“Cleo Wade has this incredible quote. She says, ‘Our righteous acts create immeasurable ripples in the endless river of justice.’ And for me, that’s what I hope ‘Sulwe’ is.”