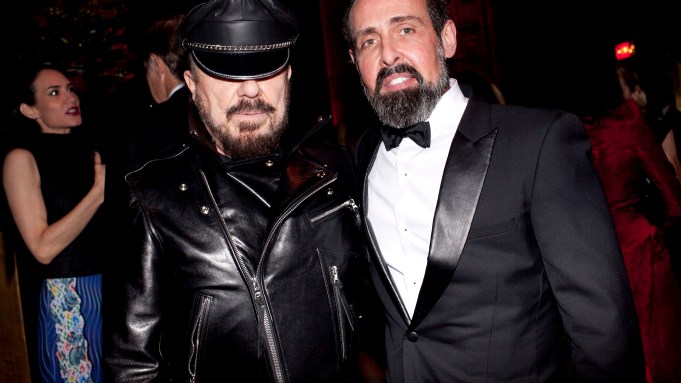 The ornate columns and carved ceilings of Cipriani 42nd Street were bathed in a rosy hue Thursday evening as the Museum of the City of New York’s soigné supporters arrived for the 33rd annual Winter Ball. Ushering in the spring gala season, the affair was a reunion of sorts for many who return to the benefit dinner year after year.

“This was always something we’d grown up going to,” remarked jewelry designer Jennifer Creel. “I remember it being held up at the museum, but it’s turned into a much bigger event. [Chairman] Mark [Gilbertson] has gotten us all together and there are some of us who have known each other forever in New York.”

Fittingly, many in the glittering crowd had roots deep in the city’s history. Roosevelts mingled with Rockefellers as more recently established philanthropists like the museum’s Director’s Council honoree Amory McAndrew noted the importance of attracting young supporters to New York’s cultural landmarks.

“It means a lot to me to be involved with people who want to make sure these institutions are viable for future generations,” she remarked, wearing a multicolored fringe dress from Missoni. McAndrew, an attorney who chairs the Young Fellows Steering Committee at the Frick Collection, was humbled by the honor but opted not to address the crowd in a speech. “I’m very appreciative, but I thought it’s just best to move along.”

McAndrew drew the support of pals including Christie’s senior vice president Lydia Fenet, who typically leads the auctions at similar fund-raisers, but was off the clock for the evening. “I have 30 galas [that I’m auctioneering] this season between March and June. It’s nice to be able to sit back and enjoy it without worrying about going on stage.”

In addition to her busy after hours schedule, Fenet and her colleagues have been working tirelessly to prepare for the sale of David and Peggy Rockefeller’s estate in May. Fenet enjoyed a tête-à-tête during the party’s cocktail hour with designer Frank de Biasi as they discussed his forthcoming installation of a room showcasing pieces from the Rockefeller collection at Christie’s New York, which will be unveiled in tandem with Asia Week in mid-March.

“Frank is designing one room — a vignette,” Fenet continued. “The whole point is for Frank and our other [yet-to-be-announced] tastemakers to choose from the 1600 lots [of the sale] and show us Rockefeller the way he sees it.”

Peter Marino, who shielded his eyes beneath a signature leather cap, was attending the benefit dinner for the first time. “I’m here because Alex Roepers is being honored,” revealed the native New Yorker in an English accent. “You know, you’ve got to support your friends. It’s quite funny, Julia Koch is here because her friend, Sara Ayres, is being honored. A lot of people come because of who’s being honored, which shows how many friends you’ve got.”

Last year, Marino was awarded the Museum’s City of Design Award at its annual Spring Symposium and Luncheon. This year, the architect is busy working on the design of Chanel’s new 57th Street location in New York, adding, “It’s awfully big. It’s six floors of prime retail, which opens in the autumn. It’s going to be a big deal — a big deal. Think [modernist architect Ludwig] Mies van der Rohe [as my inspiration]. We’ve taken it from three levels to six. It’s a big project.”

But does the creative, who has designed colossal spaces for Dior, Barneys, Chanel and other luxury retailers throughout the world, ever become overwhelmed by the scope of a project?

“Come on, let’s try to make it to the table,” he replied with a mischievous grin.

Casey Spooner Is Too Full of Emotion