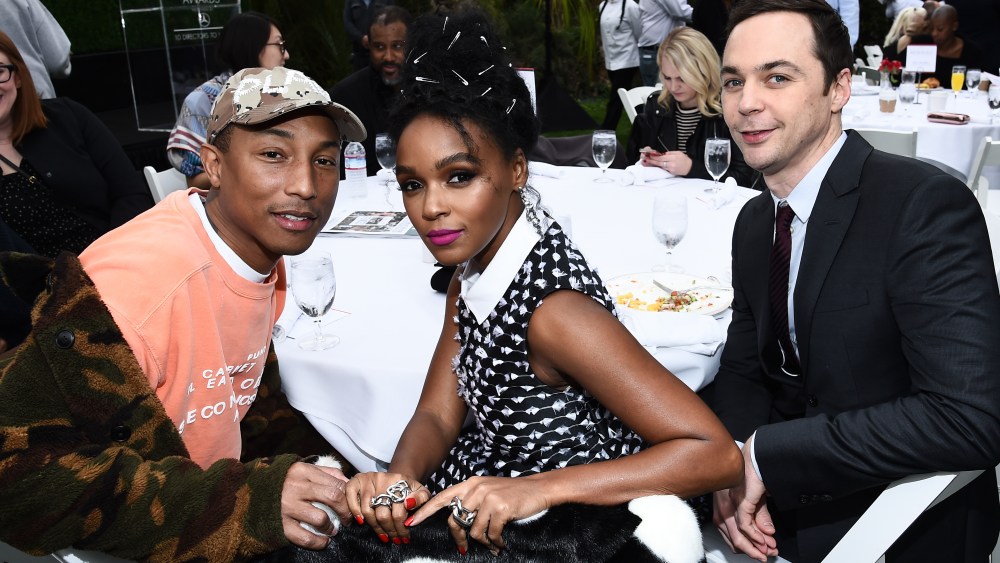 The typically press-shy Mortensen deflected attention onto his film “Captain Fantastic” when discussing what it meant to be recognized at both the afternoon’s event and Sunday’s Golden Globe Awards, where he’s nominated for Best Dramatic Actor in a Motion Picture for his portrayal of a father who lives off the grid and in the wilderness with his six kids.

critically acclaimed drama-comedy which debuted at last year’s Sundance Film Festival. “But I guess I am surprised that the business being the way it is where there’s such an onslaught of publicity money spent on ads and so forth, which our movie doesn’t have the ability to do, that we’re still in the so-called conversation at this point. It’s unusual. I guess I’m not very objective, but I have to say that I think it’s well deserved.”

Nichols pointed out that, beyond the red carpet glitz and glam, award season is intended to create buzz for their respective projects. “There is a machine at work that has to break through the noise out there to present stories to people,” he said. “I’m out here fighting for my story and Richard and Mildred Loving’s story to be heard.” Admittedly, there are perks. “Last night was awesome,” Nichols said. “At the after-party I found a corner with Pablo Larrain who directed ‘Jackie’ and Mike Mills who directed ‘20th Century Women.’ We hung out all night long. It was the best time I’ve had on this circuit so far.”

“When they asked me to present the award to Jeff, I was honored because he’s such a dear person to me,” said Negga. “He’s given me an experience and an opportunity that has been the best of my career. The fact that he trusted me with Mildred is extraordinary. I owe him a great debt.”

Monae attended with Parsons to present their “Hidden Figures” producer Williams with the Creative Impact in Producing Award. Of Williams’ support of their film about three African American women at NASA, Monae said, “It means the world. It means the universe. It means the stars. It means getting astronauts to the moon.” She later told the crowd, “I have to look around sometimes the way he champions women. I’m like, ‘Are you more of a feminist then me?’ He really, truly does believe that women are the answer.”

“Everybody has been so poetic today, the presenters, the people accepting. Such eloquent speeches. I’m like, ‘I have to go up there?’” laughed Williams. “You guys are looking at me, waiting for some nice poetry to come out, and the only thing that’s happening is that my heart beat is doing ninety billion miles an hour. But maybe that should tell you how excited I am that we get to honor the incredible service of these three women.”