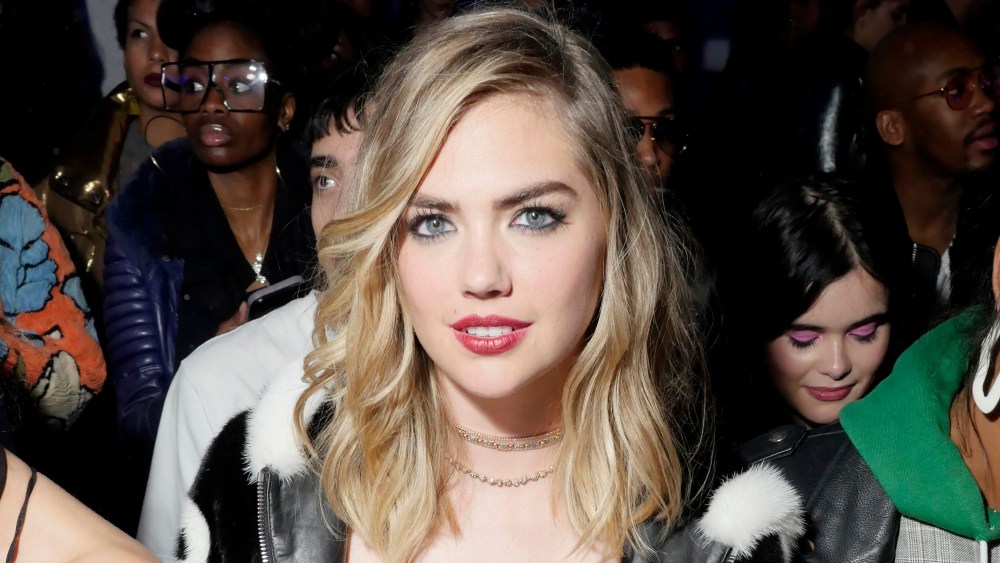 As a chilly rain pelted on, a caravan of branded Lamborghinis and Porsches purred in thunderous harmony. Inside, fake snow cascaded down throughout the cavernous venue as throngs of revelers pulsed to an ominous techno soundtrack from Ibiza’s Circo Loco DJs Seth Troxler and Damian Lazarus. The earlier runway spectacle, which featured a performance by rap trio Migos and an appearance by model Irina Shayk in a skin-tight Plein body suit, was merely the beginning of what would become an all-night, high-octane rave dubbed by the designer “Space Invasion: Conquerer of the Universe.”

Dozens of dancers crawled atop a Plein-branded snowplow as laser beams penetrated through a synthesized fog emanating from a massive spaceship suspended at the center of the room. As the joyous masses cavorted in the fabricated winter wonderland, the 39-year-old designer and his shortlist of VIPs passed through a craggy, extraterrestrial tunnel made from tinfoil and upstairs to a midnight feast catered by Cipriani Monte Carlo held on a balcony overlooking the raging affair below.

“I don’t go clubbing a lot and I prefer private parties, but I do like Circoloco and Ibiza,” said photographer Ellen von Unwerth, whose voice was becoming raspy after hours of shouting over the music’s bone-rattling bass. “I have a big exhibition in Sweden this spring at the [photo museum] Fotografiska in Stockholm. It’s my first museum show, which is very exciting.” Later, von Unwerth, wearing a pair of neon green light-up glasses, blended in seamlessly with the crowd as she sashayed through the rising carpet of faux snow.

Pushing aside bottles of Perrier-Jouët and plates of wagyu strip loin piled with black truffles, Philipp Plein shouted, “Go! Go! Stand up here and look down. Look at the kids.” The extravagant creative was clearly proud to see his brainchild become a reality. “We’re all kids inside of us,” he howled. “We always stay kids and I’m blessed that I have the opportunity to make all of these ideas come true.” But Plein, who on Sunday opens his latest store in New York’s SoHo — his 11th in the U.S. — insists he’s “not a party guy.” Really, Philipp?

“I know it looks like I’m a party guy because I work in fashion and I make parties, but I don’t drink alcohol and partying was never so important to me,” he continued before his wife, Morgan Osman corroborated his claim. “He’s actually really simple it’s scary,” said the American-born model and designer. “He’s super humble and smart. We can’t do this everyday, but he never really comes down from this type of excitement, which is why he’s super successful.”

As the clock approached 3 a.m. — the final departure time for complimentary ferry service between the Navy Yard and Manhattan — the party showed few signs of slowing as devotees and wannabes crowded a narrow set of stairs leading up to Plein’s exclusive crow’s nest. But how will he continue competing with his own exuberance? “I just want to make people happy,” he explained. “When you make people happy the success comes automatically. I’m selling a product, a brand, a lifestyle. I have short-term goals and this year will be for detail and development.”