Friends gather in St. Helena to honor the designer’s first book, a collection of recipes from his childhood.

The same artistic, creative spirit that drives fashion can also drive food. So perhaps it should be no surprise that a cookbook would come from a fashion designer.

To celebrate Phillip Lim’s first book — a collection of recipes titled “More Than Our Bellies” — friends and supporters gathered Friday at Ovid winery, a private Napa Valley winery and home of Nimbus Arts founder Dana Johnson. Lim has supported Nimbus Arts, a local organization dedicated to promoting the arts for children, for years.

Guests took advantage of the spectacular view for photo opportunities and mingling. 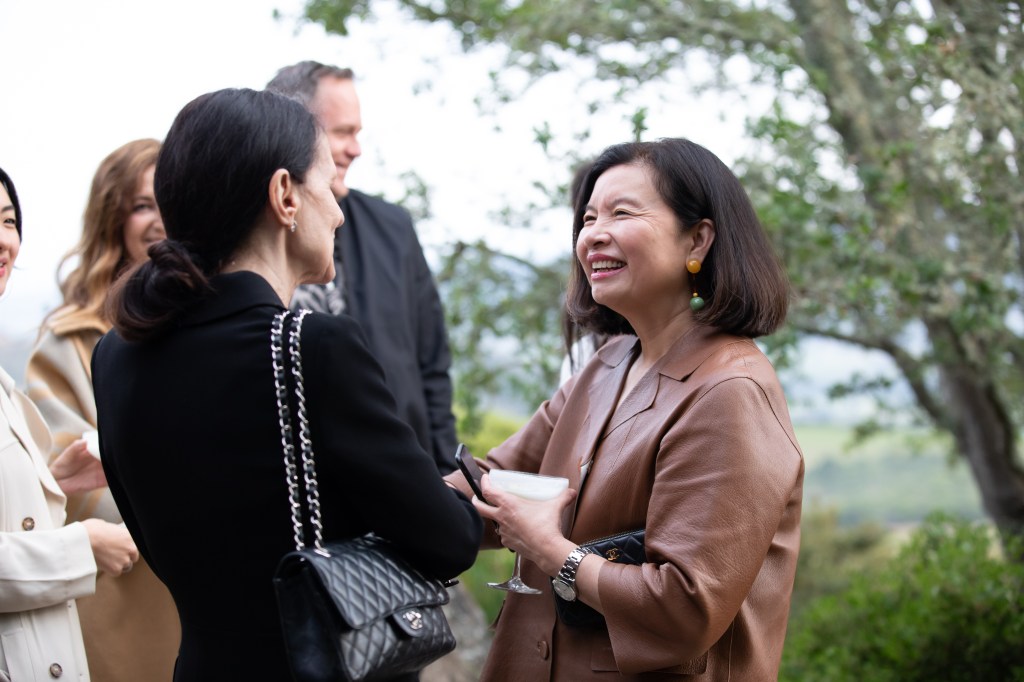 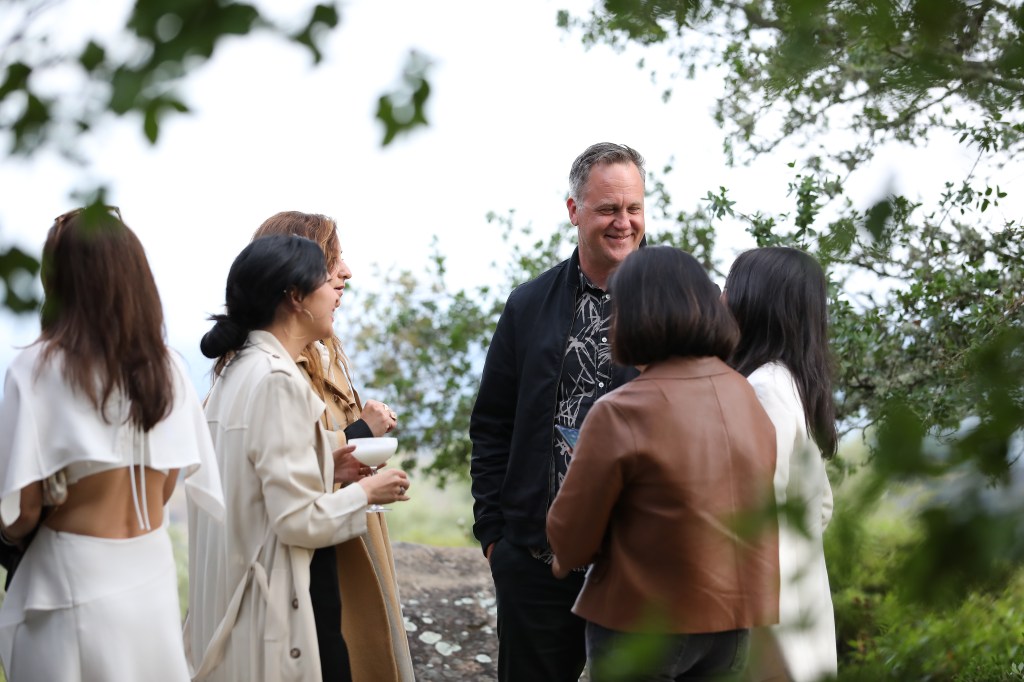 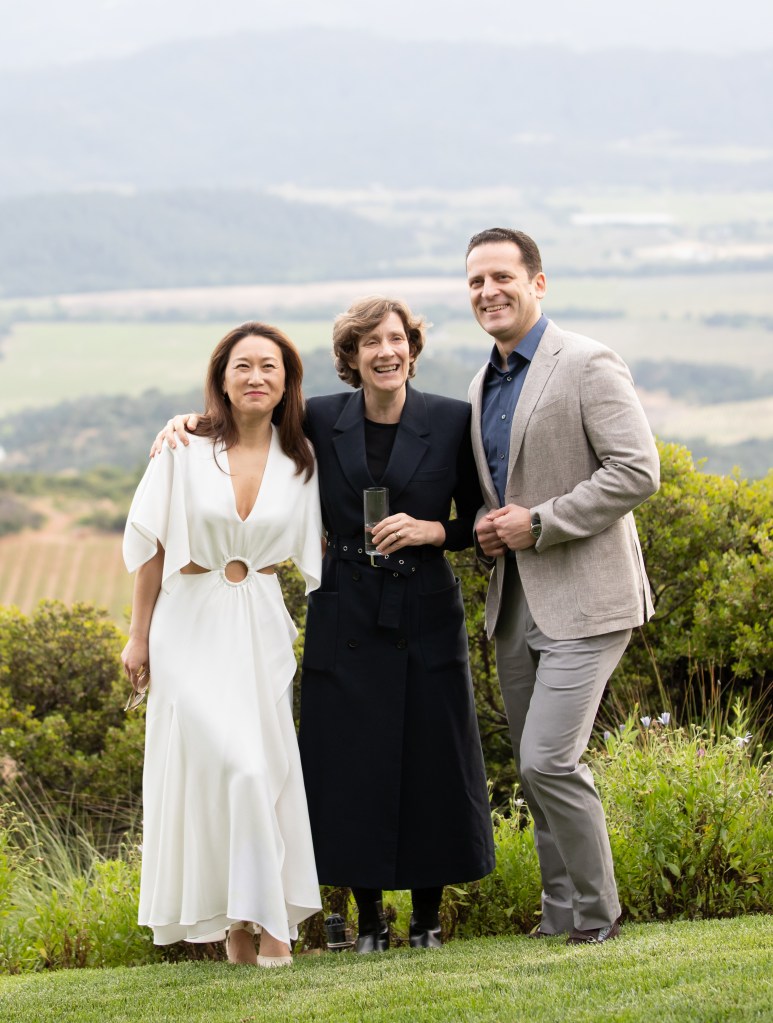 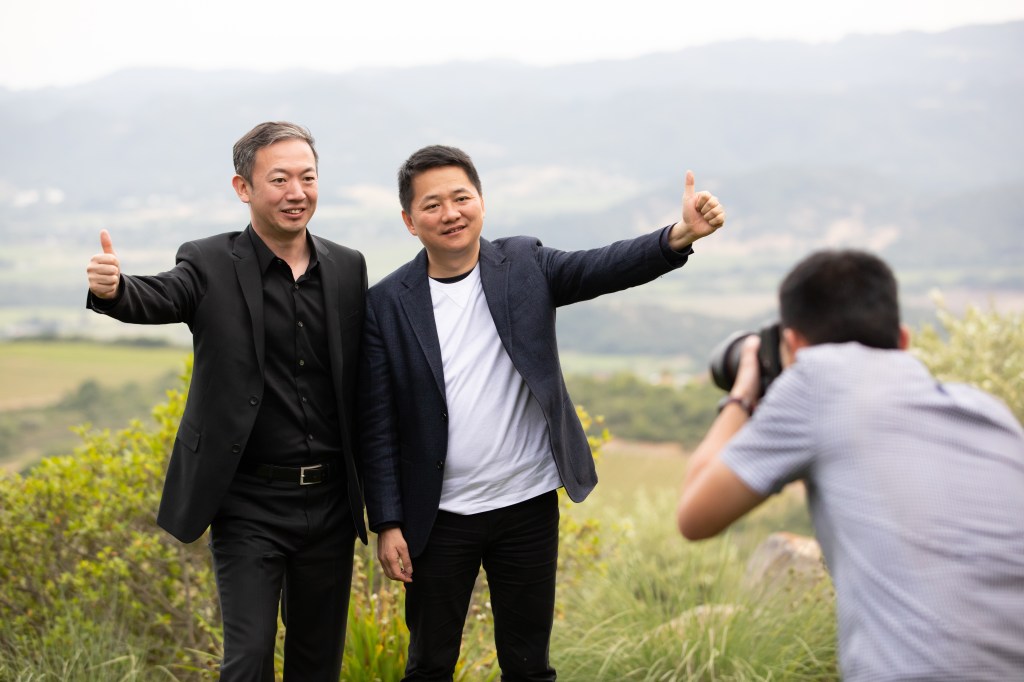 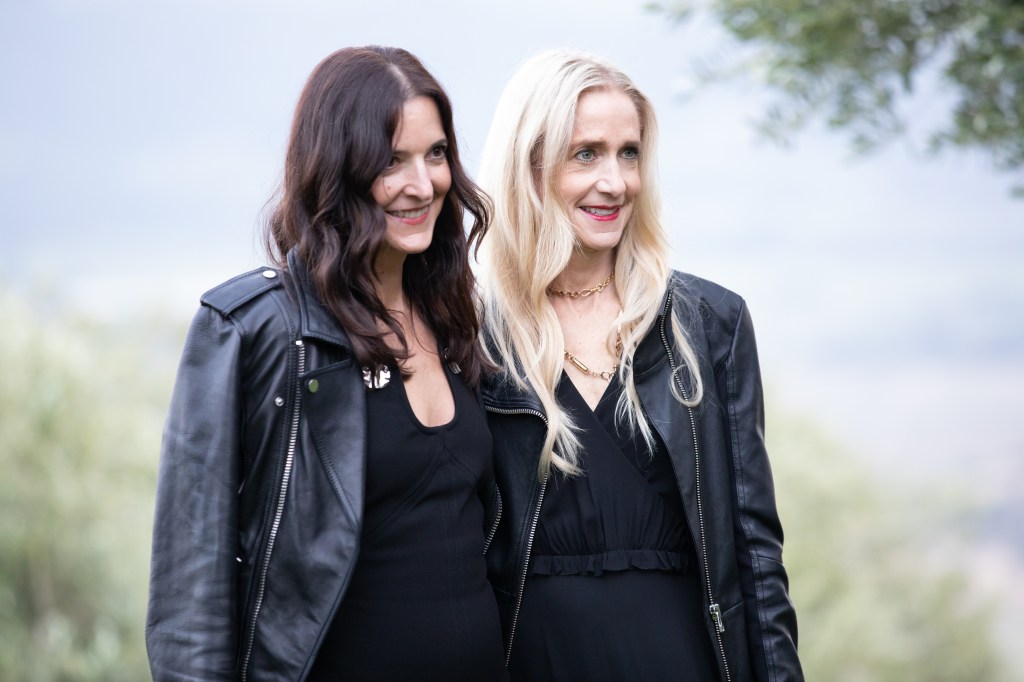 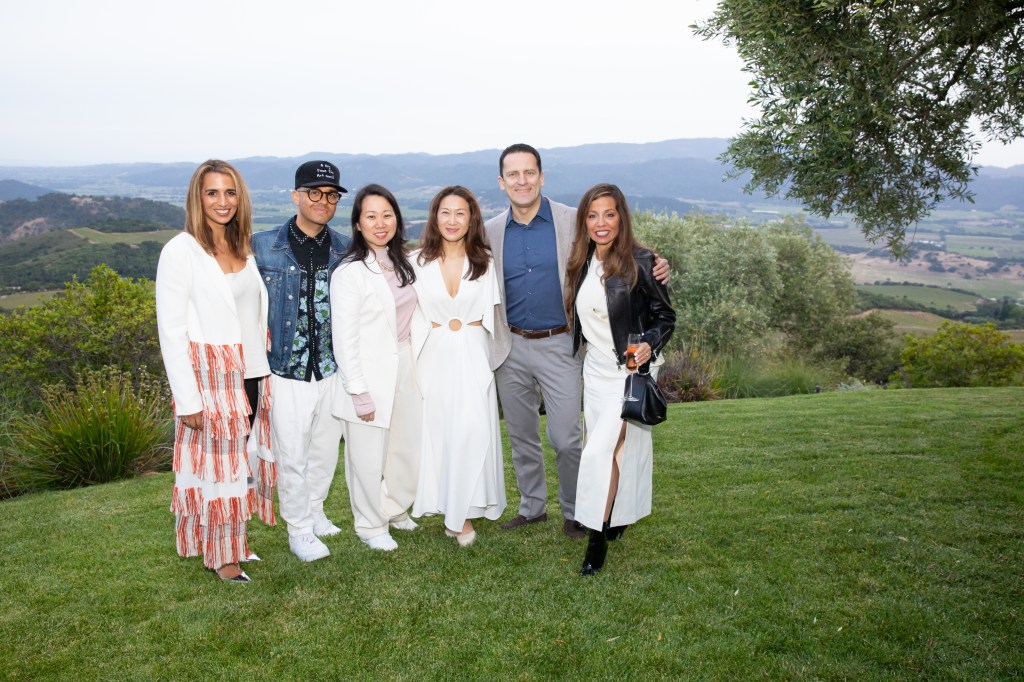 The outdoors and interior blend seamlessly under the high ceilings of the open-air structure, a space designed by architect Howard Backen and featured in a 2017 issue of Architectural Digest.

“Look at this,” marveled Jenny Ming, chief executive officer of Charlotte Russe and a friend and fellow winery owner in Sonoma. “I just love the ruggedness of the wood, and it’s presented extremely well.” The home was transformed into a resort-style dining establishment, with long tables and a photo wall decked out in green foliage and red flowers.

Lim and 3.1 Phillip Lim president and ceo Wen Zhou mixed and mingled with friends, including Ming and her daughter Kameron, as well as close friend and art adviser B.J. Topol; tech executive Mike Dodson and his wife, Jessica; Napa artist Matt Rogers; Trinchero Wine’s Bob Torres, and Samantha Rudd of Rudd Winery, among others. Celebrity chefs Alice Waters and Thomas Keller were slated to join the celebration as well, though a last-minute change in plans derailed their attendance.

The foodie contingency was still well represented, thanks to Michelin-starred chef Pim Techamuanvivit, who prepared a four-course dinner drawing from both Lim’s recipes and her own. 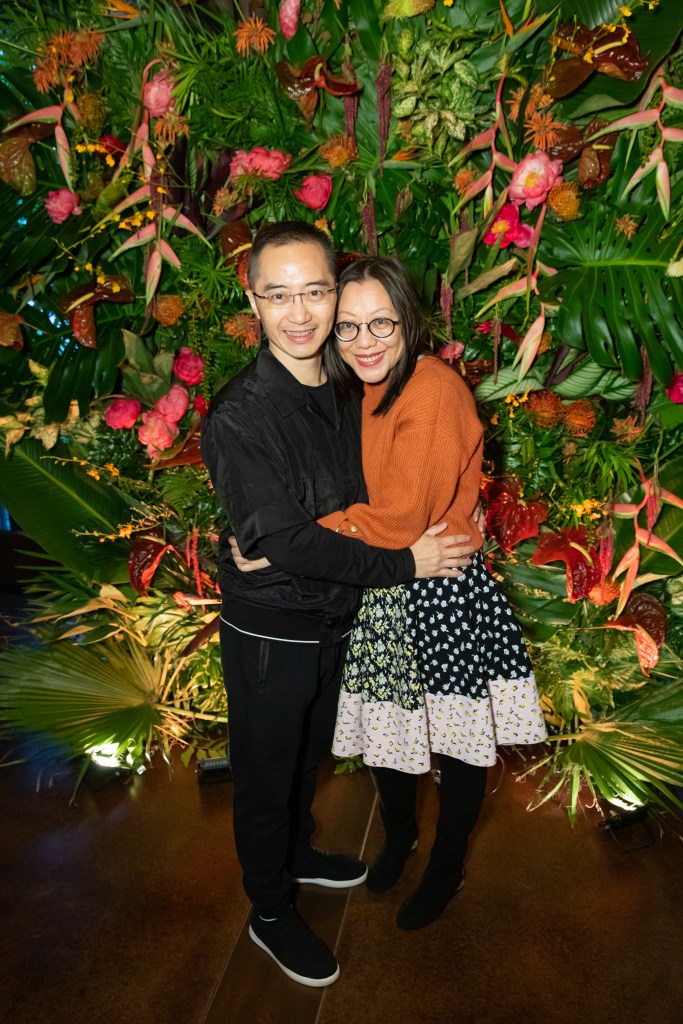 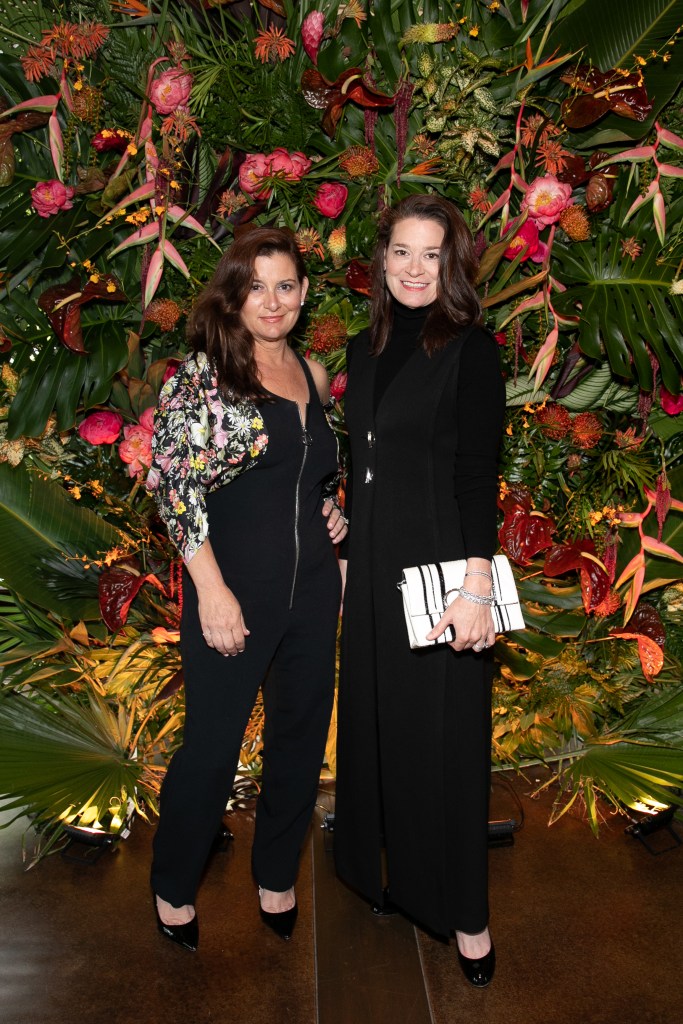 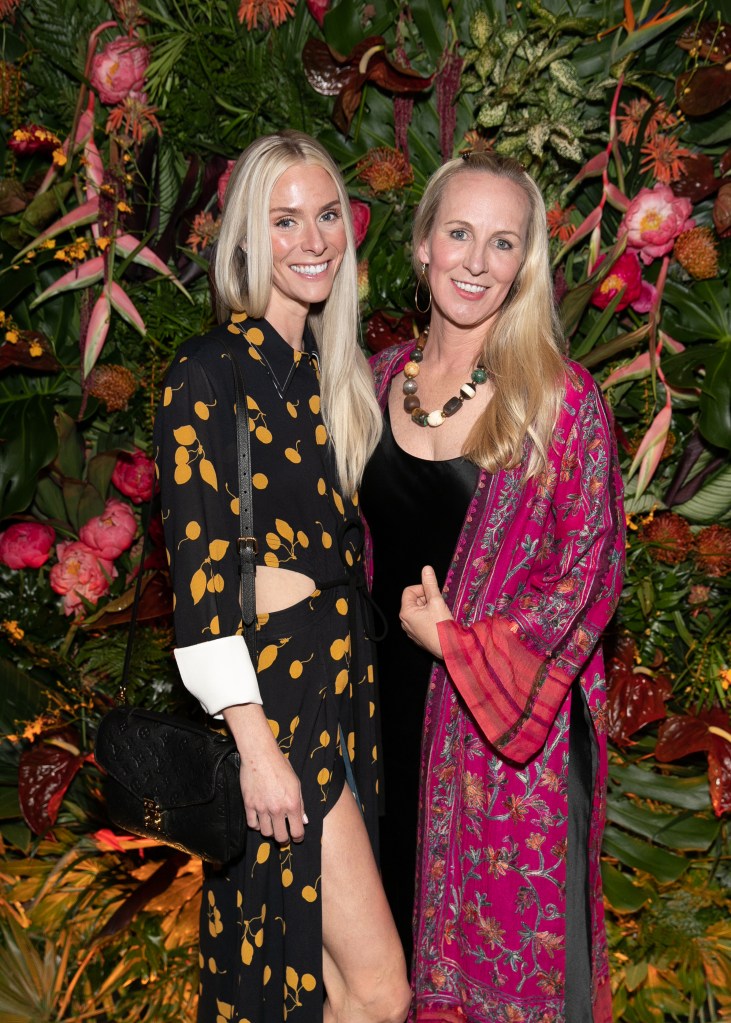 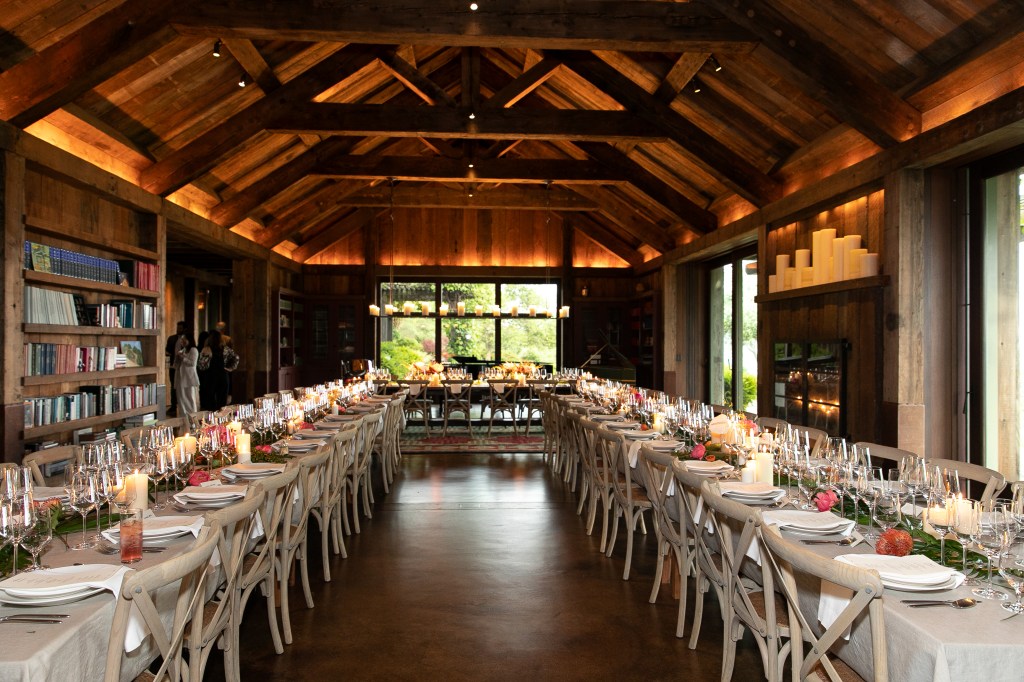 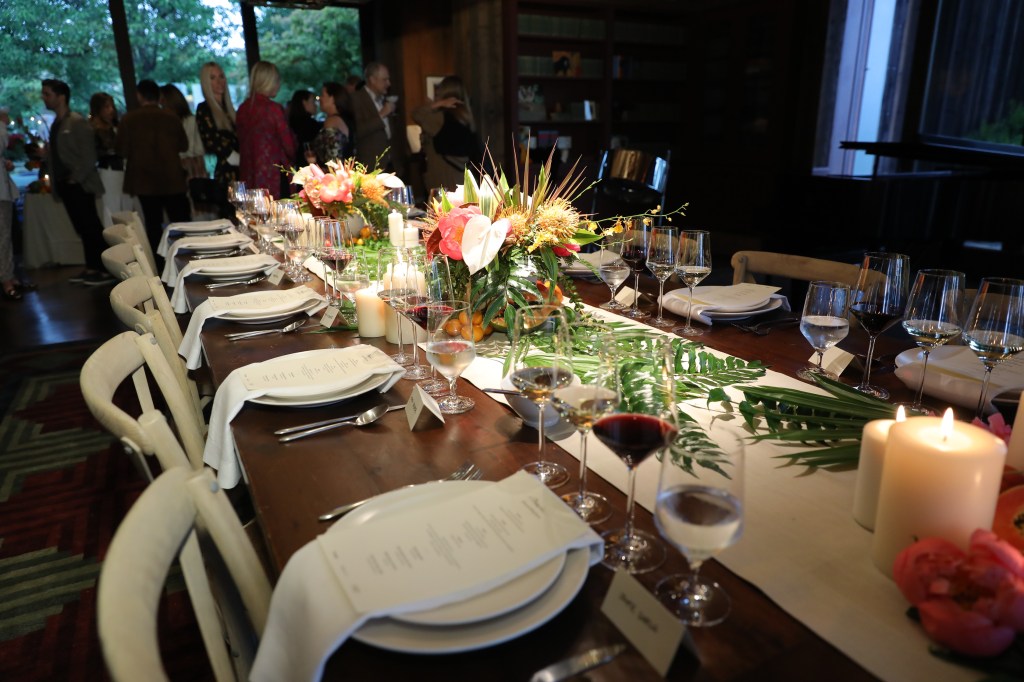 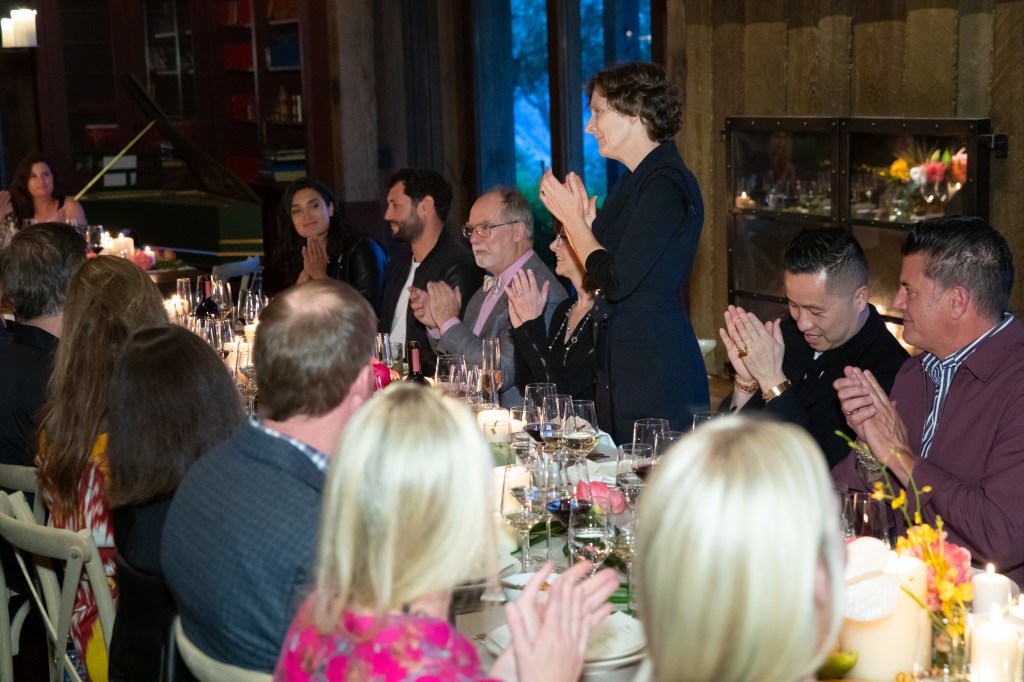 As the evening got under way, Lim spoke to WWD, reflecting on his unusual culinary project.

In regards to the book, a collection of his favorite family dishes, he said, “Surprise is everyone’s first reaction, and that’s a good reaction. For me, who’s not a chef, cooking for myself and going in to make a traditional cookbook would be pompous.

“It’s really just my recipes as poems, and it’s a dialogue between myself and Viviane Sassen,” he explained. The book was a collaboration with Sassen, a longtime friend and the photographer responsible for some of the brand’s buzziest fashion campaigns.

According to Lim, the cookbook comes from the same place that drives his work in fashion. “The message about the campaigns since day one was always ‘Stop and smell the flowers’, meaning the journey home,” he said. “[For instance,] we took Liya Kebede, the supermodel, back home to Ethiopia to celebrate ceremonies with her family.”

The book’s photography tells a similar story. The pages are awash in images of ingredients — sometimes on the vine, in barrels or against a geographic landscape — but not finished dishes. The reason: The focus is on the journey, not the destination.

“I say in the book’s forward, ‘Make it your own.’ I’m grateful that you just take this journey, this leap of faith with us,” he said. “It’s really just to celebrate food and what food does, and that actually inspires me in fashion, too.” 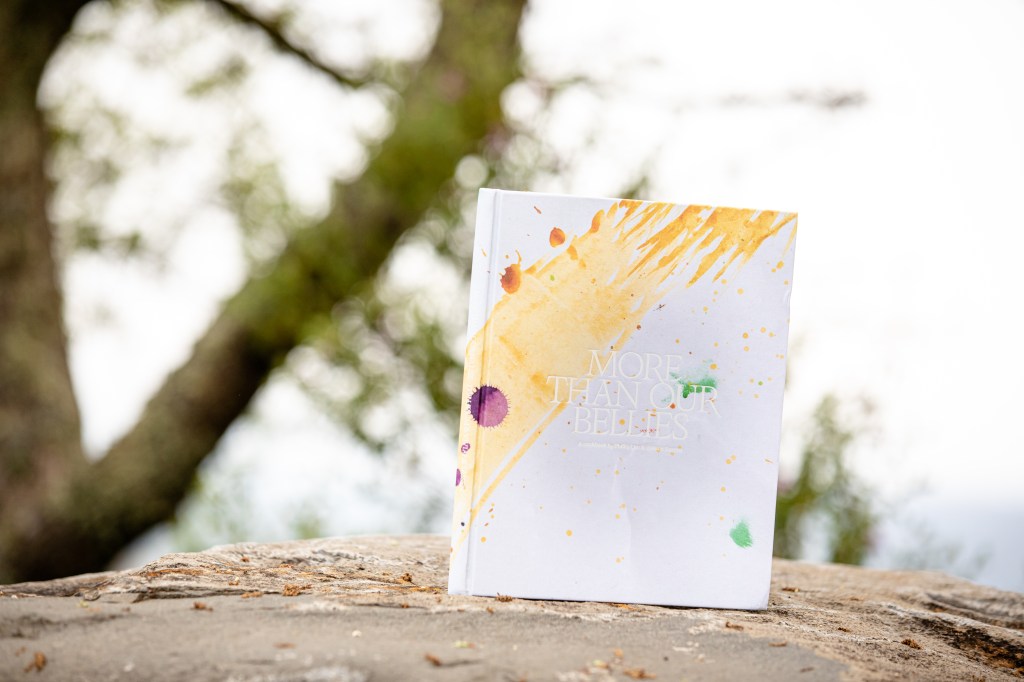 From the beginning, his goal was to create a “cool, easy, chic wardrobe,” he said. “We address the central wardrobe for the global citizen with a creative take on what we do.”

He’s found a core group of fans and friends in the Napa Valley, which makes the party’s location rather apt. Bucolic St. Helena is roughly two hours north of San Francisco.

When asked for his take on the Bay Area’s fashion scene and 3.1 Phillip Lim’s place in it, Lim, who grew up in Orange County, admits he doesn’t cater specifically to local tastes.

“These global citizens — for me, they exist everywhere,” he explained. “More and more, San Francisco [has moved] forward as the mecca of technology and that’s influencing fashion. So it’s really interesting to see how this is happening.

“And even the core group here in Napa, they go into the city, but they live outside of it. They really get the clothes, they really get the collection,” he added. “It’s not catered to San Francisco. But the birds of my tribe, they exist here, too.”

They also exist further south in Silicon Valley. “It’s ironic that most of the events that I’ve gone to, aside from trunk shows and designer boutiques, have been Phillip Lim events in the Valley,” said Jessica Dodson, a wardrobe and style consultant. “I think that’s more about the personal connection than it is about the affinity for fashion.”

Indeed, forging a connection between consumer and brand is key. And it takes more than merely slapping on designer fare to be considered fashionable.

“I was with a client yesterday and we were going through Neiman Marcus, and there was a Marchesa event. All these women were dripping head to toe in designer clothes,” Dodson said, leaning in before the first course made its way to the tables. “They looked so uncomfortable.

“I think when you have the personal connection, it really [is required for] style,” she added.

And apparently, for Lim, that applies to food as well.