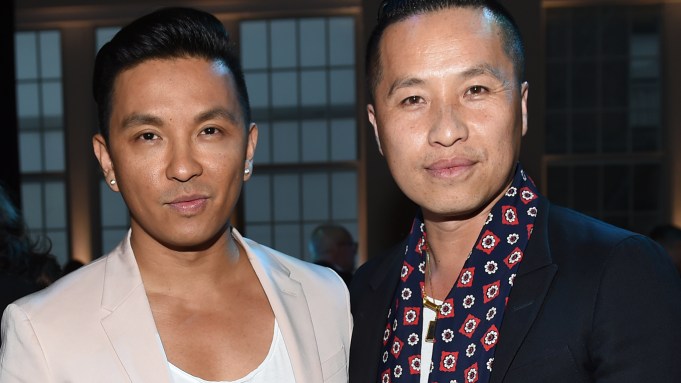 Influential members of the fashion community gathered at The Center’s recently revamped West Village digs June 4 for the invitation-only Fashion Centered fifth anniversary dinner, which raised money for an organization that provides critical support to members of the LGBT community in and around the city.

“Since the election, we’ve seen a 30 percent increase in the demand for our services,” noted The Center’s executive director Glennda Testone of programs ranging from career coaching to health education. “We need our friends now more than ever.”

“A lot of people see [The Center] as a target in this new [political] climate,” Testone told the crowd. “But what I’ve seen at The Center is the very best in people coming together to support each other to create the world that we all want to live in.”

Many longtime supporters of the fund-raiser surrounded hosts Laurent Claquin, Mark Lee, Siddhartha Shukla, Peter Speliopoulos and Dorothy Berwin. “I’ve always been involved in philanthropy from the very beginning,” said Donna Karan, who later this week will host her own charitable dinner for her Urban Zen Foundation. “I’d go to the dressing rooms and people would say ‘my mother this’ or ‘my father this,’ so it wasn’t just about dressing people, it was addressing the needs.”

“As a designer, all of my friends died from AIDS at a very young age [during the eighties epidemic],” Karan continued. “I don’t think you can sit back and not do anything.”

In a speech, Berwin explained how preservation of the infamous Haring bathroom served as the impetus for the now annual event.

“Before [Keith] passed at age 31, he set up a foundation that was to continue his charitable work,” said Kristen Haring, the artist’s younger sister who is now a Stamford University professor. “He had a really clear sense of how much people struggle.”

After a family-style offering of heirloom chicken, Israeli couscous and spring vegetable tagine, the room joined singer Paige Sommerer in a chorus of “What the World Needs Now,” the message of which resonated throughout the entire evening.

“Sometimes the best creativity happens in the most conflicted areas and places and we want to be able to make sure we support that,” Gurung said. “Politics has really inspired me [lately] to do and think things differently. I’m more aware and awake of what my responsibilities are.”

The event raised $500,000 for the organization, and those who opened their wallets were offered a limited-edition black-and-white T-shirt that featured an image from Hering’s phallic-filled bathroom mural. “Oh, I get a T-shirt,” exclaimed Sandra Brant as she bounded down The Center’s sweeping staircase.

“This may be the most expensive T-shirt they’ve ever bought — but perhaps not with this crowd,” Testone laughed.