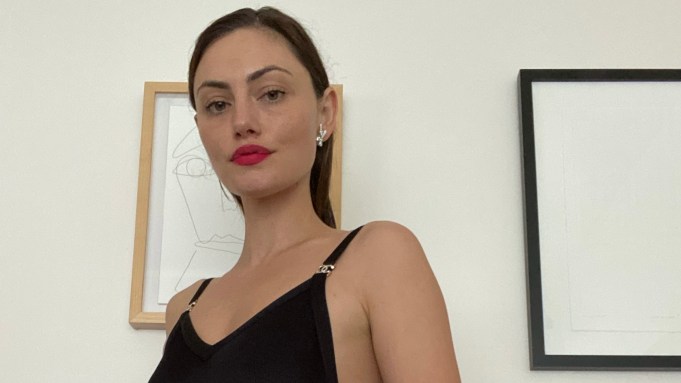 Chanel’s pre-Oscars dinner with Charles Finch, traditionally one of the weekend’s marquee events, wasn’t completely called off this year. Instead, the hosts boxed up elements from their swanky annual event so that guests could toast the conclusion of awards season from home.

Gift boxes, hand-delivered by white-gloved couriers to guests in L.A. and New York on Saturday, allowed guests to recreate highlights from the dinner. Boxes included a “make your own sundae” suite with three flavors of ice cream (vanilla, chocolate and strawberry) and an assortment of sweet toppings. There were also ingredients to concoct the event’s signature Swimming Finch vodka martini, a mini film projector and a curated list of fifty movies. (The oldest entry on the list was Charlie Chaplin’s 1931 silent film “City Lights”; most recent was Nadine Labaki’s 2018 “Capernaum,” which won the Cannes Jury Prize.) The delivery included another cinematic element: a video screen played a short welcome message alongside photos from past years, paying homage to Chanel’s deep ties to the film industry.

Those partaking in the at-home festivities included 2021 nominees Andra Day, Carey Mulligan, Chloe Zhao, Glenn Close and Leslie Odom Jr., as well as Kristen Stewart, Margot Robbie, Leonardo DiCaprio, Lupita Nyong’o, Greta Gerwig and Clint Eastwood. In lieu of the annual dinner, Chanel also made a donation to The Actors Fund to support their efforts for emergency COVID-19 relief for those in the entertainment industry.

“I just wrapped a movie at 6am last night, so waking up to a beautiful box of DIY ice cream and cocktails was a very wonderful way to celebrate the end of the shoot,” said Chanel ambassador Phoebe Tonkin, a frequent dinner attendee. “It’s always such a beautiful homage to the glamorous golden era of Hollywood, and I love running into friends who I haven’t seen in a while, and celebrating with those who are nominated,” she added. “There’s a really beautiful energy the night before the Oscars, a lot of excitement and celebration. Everyone always looks so elegant and dressed up. I always love the fittings for the Charles Finch Oscar Dinner too, you have never seen so many beautiful Chanel gowns in one place!”

The actress plans to tune into Sunday’s ceremony from her couch, where she’ll be cheering on her friends who are up for awards. And even though she’ll be watching from home this year, Tonkin will still partake in the glamour of Hollywood’s most prestigious night.

“I plan on dressing up, staying cozy and having the world’s most glamorous ice cream sundae in my Chanel dress on the couch,” she said. “It’s nice to still dress up and feel chic from the comfort of my living room.”

Yeri Han Is Excited for the ‘Minari’ Reunion at the Oscars