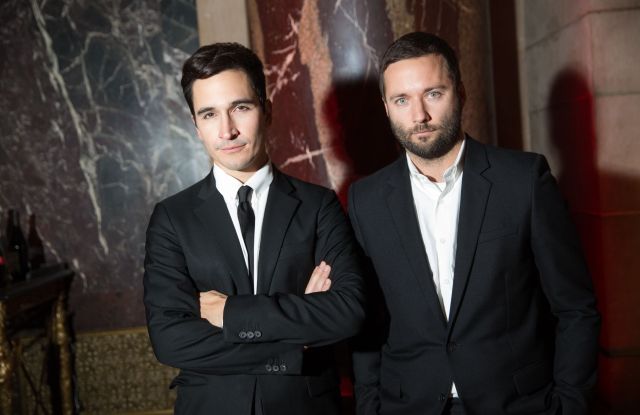 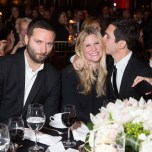 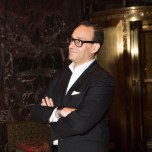 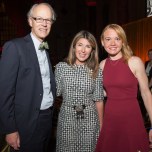 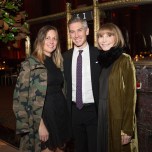 NEW YORK — There was nary a dry eye in the house after Marc Metrick, president of Saks Fifth Avenue, took to the podium at the Phoenix House Fashion Award Dinner at Cipriani 42nd Street on Tuesday night.

The annual event, which benefits the nonprofit drug and alcohol rehabilitation organization founded in 1967, honored Metrick alongside Jack McCollough and Lazaro Hernandez of Proenza Schouler and Michael Clinton, president, marketing and publishing director of Hearst Magazines.

By spring 2011, Metrick was unable to continue working and left Saks after 15 years at the company. “Most ironically, the only thing that I cared about was absolutely and ultimately going to kill me,” he continued. “I was living alone. It was no longer safe for me to be around my children. With no job and no family, I was drinking all day long. On Sept. 6, 2011, I had a moment of grace. And I’m not a religious or spiritual person, I just don’t have a better explanation for it: It started out like so many other days — just drinking more and more — but for some reason I decided that night to stay home and detox the hard way. No hospitals. No medicine to stop the pain. Detoxing from alcohol is uncomfortable, painful and dangerous. But for whatever reason it was, I decided I was going to get through the night and never drink again.

“Well, I’m here and I made it through that night.…That was 1,910 days ago. Every day I start over. Every day, I choose not to drink. Sure, the physical need is gone, but the disease is not; I’m just treating it.”

Metrick, who serves on the board at Phoenix House, received a standing ovation from a visibly moved room.

“We can’t tell you how proud we are of Marc Metrick,” said Baker. “Unbelievably, here we are, five years later, and Marc is the president of Saks Fifth Avenue. Marc put all the pieces together and he is now leading Saks Fifth Avenue into the future. There is no one on earth better suited to run Saks and take it to the next place in our world. We are so proud of what Marc has accomplished in his life, at work, with his family; he is part of the HBC family forever…We have tremendous respect for him.”

Coles welcomed her colleague Clinton to the stage, praising his loyalty and gusto for living. “Michael is a world-class traveler; a pilot; he’s an author; he’s a serious runner; he’s got a vineyard in Argentina, and a real estate mogul…he’s also a great reader.…But he’s also perhaps best known as a numbers man. There’s nothing he likes more than double-digit growth. There’s nothing he likes more than meticulously counting market share, and then e-mailing me on a Sunday morning about it.…I thought I’d do a personal audit on Michael of my own because I’ve been observing some of his habits. I figured out that since Starbucks opened in New York in 1994, Michael has consumed 8,030 ‘skinny’ lattes; 8,030 packets of Sweet & Low to go in said lattes, and 10,952 tuna fish sandwiches at his desk.”

Up next on stage were Hernandez and McCollough; the duo got involved with Phoenix House through Rose Marie Bravo, who heads the board at Proenza Schouler.

“This is a big cause of hers; she’s been with us for 10 years, and this is near and dear to her heart,” Hernandez said later. “We’ve just been up in the Berkshires drawing our next collection. We drove up this morning and we’re driving back up after this; it’s a three-hour drive. It’s a bit of a schlep. We’ll be drawing for 12 hours a day for the next week.”