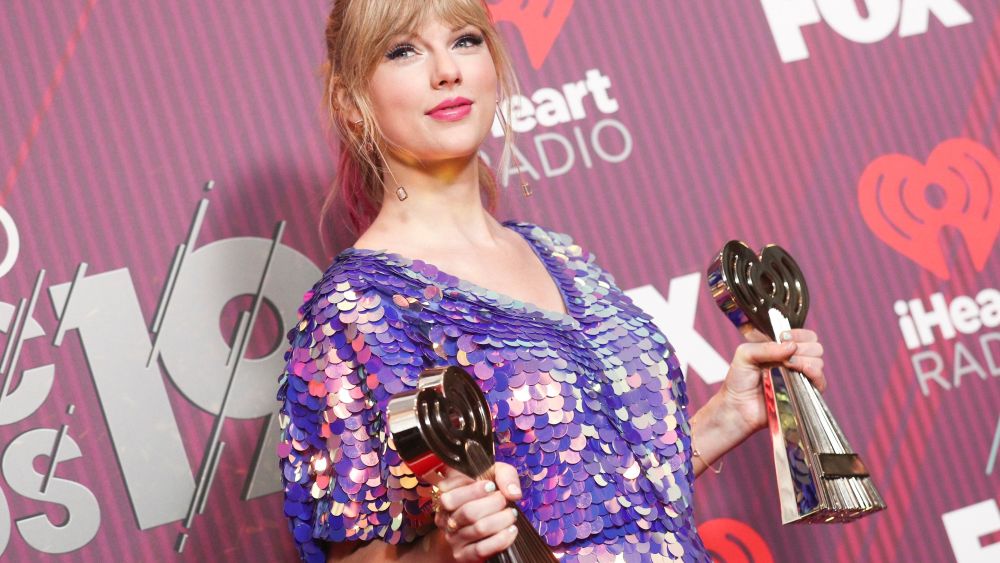 At the 2019 iHeartRadio Music Awards show, women dominated the night’s most memorable moments.

Held at the Microsoft Theater in Los Angeles Thursday night and hosted by T-Pain, the awards show honored an array of performers, many of whom, including Cardi B, Ariana Grande and Drake, were absent from the telecast. However, the awards show brought together the likes of John Legend, Katy Perry, Elle Fanning and Maren Morris, among others.

Making a rare awards show appearance, Taylor Swift — wearing a purple paillette Rosa Bloom romper — was on hand to accept her awards for Best Music Video for “Delicate” and Tour of the Year.

While she wasn’t on hand to accept her awards, Grande appeared in a prerecorded performance of one of the latest songs from her “Thank U, Next” album, “Needy.”

The first woman to win the iHeartRadio Innovator Award, Alicia Keys gave the night’s most memorable performance, bringing onstage her eight-year-old son, Egypt, for a piano duet of “Raise a Man” and “Don’t Know My Name.”

Fresh off her win of four Grammys last month — including Album of the Year — Kacey Musgraves took the stage with Coldplay’s Chris Martin on piano to perform her hit song, “Rainbow,” sitting on — you guessed — a rainbow.

Click through the above gallery to see all the standout looks from the 2019 iHeartRadio Awards.

8 Highlights from the 2019 Grammys

WATCH: How to Create the Ultimate Red Carpet-Worthy Look