Pirelli Fetes 50 Years of ‘The Cal’

Italy’s giant tire manufacturer unveiled the calendar for the first time with a retrospective exhibition. 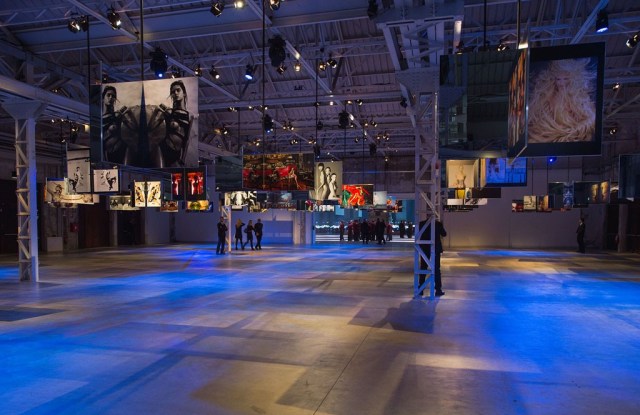 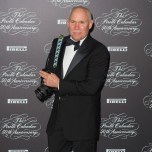 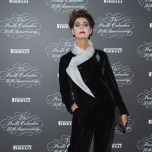 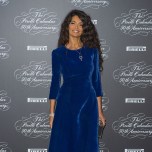 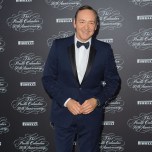 MILAN — Pirelli provided a jolt of glamour and star power to Milan as it presented its calendar for 2014, which marked the 50th anniversary of the celebrated marketing tool.

On Thursday, Italy’s giant tire manufacturer unveiled the calendar, known as “The Cal,” for the first time here with a retrospective exhibition at the HangarBicocca, the company’s contemporary art venue. The exhibition included more than 160 images by more than 30 photographers who have worked on the calendar over the years, and was followed by a dinner for almost 900 guests, hosted by actor Kevin Spacey. In the 75,600-square-foot nave dominated by artist Anselm Kiefer’s seven monumental towers, Pirelli guests included Miuccia Prada and her husband Patrizio Bertelli; Moncler chief Remo Ruffini; Italia Independent founder Lapo Elkann; Sophia Loren, a onetime model for “The Cal”; Franca Sozzani, and a number of past photographers of the calendar, including Steve McCurry, Peter Lindbergh and its first-ever lensman, Robert Freeman. Of course, there was no shortage of models, ranging from Karolina Kurkova, Bianca Balti and Alek Wek to Carmen Kass and Eva Herzigova.

Spacey enthused about the “biggest contemporary art” venue, pointing to Kiefer’s artwork. “Who would ever have imagined that someone like me coming from a small town in Sudan would one day be standing on a stage with you?” marveled a starstruck Wek, surrounded by Spacey, Pirelli president Marco Tronchetti Provera, her peers and the photographers to the tune of George Michael’s “Freedom.” Guests also watched performances by tenor Vittorio Grigolo, Gandini Juggling and VisionAria.

As it had earlier that morning, Pirelli presented a video showing highlights of the calendar through the decades and the version for 2014, which is an unpublished 1986 calendar shot by Helmut Newton. As luck would have it, calendars for 1986 and 2014 are in sync. Next year’s calendar comprises 12 black-and-white images and 29 backstage photos, taken in Monte Carlo during the 1985 Grand Prix, and in Tuscany’s Chianti area, capturing the region’s rolling hills, cypress tress and farmhouses or a small gas station and a medieval village. Newton worked with models Susie Bick, Antonia Dell’Atte and Betty Prado, harking back to a neorealist atmosphere and the imagery associated with actresses such as Loren or Silvana Mangano, juxtaposing “the rich woman and the poor one,” said Dell’Atte.

Tronchetti Provera waved away lingering questions about censorship or reasons behind Newton’s abrupt departure from the set, widely attributed to family demands, leaving stylist Manuela Pavesi and assistant Xavier Alloncle with precise and detailed instructions to help complete the task. “As in any multinational corporation, there was competition,” said Tronchetti Provera of the fact that the Milan and London branches in 1985 each worked on producing its own calendar — and London won out with Bert Stern’s photos. “Newton was missing among the biggest photographers we’ve worked with, but his name was there, hidden as a treasure,” said Tronchetti Provera, adding that this was “the only case of a double calendar.”

McCurry, who shot the 2013 calendar, praised Newton’s “incredible talent” and the timeless images. “Photos are dated when the photographer relies on technique” or is looking for “fashionable” images. He said Newton worked with “an internal sense of balance and poetry,” telling “a human story in each picture.”

Kurkova said working for “The Cal” is a “very creative” project,” as it’s “not selling clothes or trends, it’s about telling stories about women’s lives.”