McCartney was in a celebratory mood, showing off her spring 2020 men’s and resort collections, and offering up a few details about her collaboration with old friend Taylor Swift. 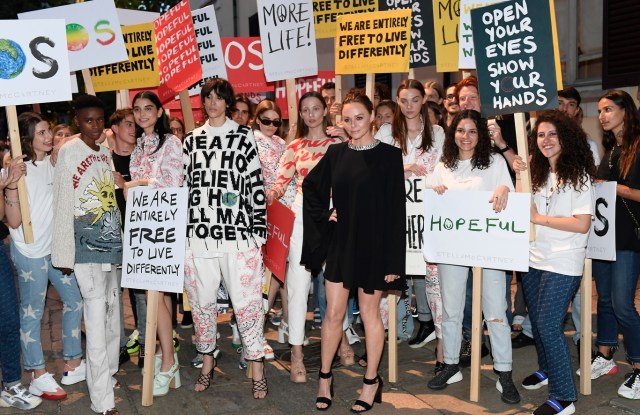 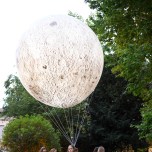 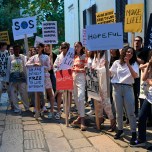 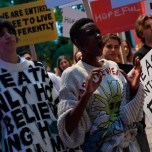 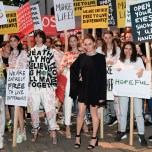 SOUND AND FURY: Stella McCartney had it all going on during Milan Men’s Fashion Week at her party in the gardens of an historic palazzo: There was a free tattoo station, veggie burgers from a little truck, and umpteen opportunities for selfies under a big glowing moon suspended in the sky, or in the maze of trees festooned with long ribbons — offcuts from McCartney’s studio floor and fabric archive.

Instead of the usual ‘Buonasera,’ guests were greeted with some very fashionable protestors chanting “We. Are. The. Weather,” one of the collection’s themes, and the title of Jonathan Safran Foer’s upcoming book about the environment. They held up picket signs that read “Hopeful” and “We are entirely free to live differently,” phrases from the book. 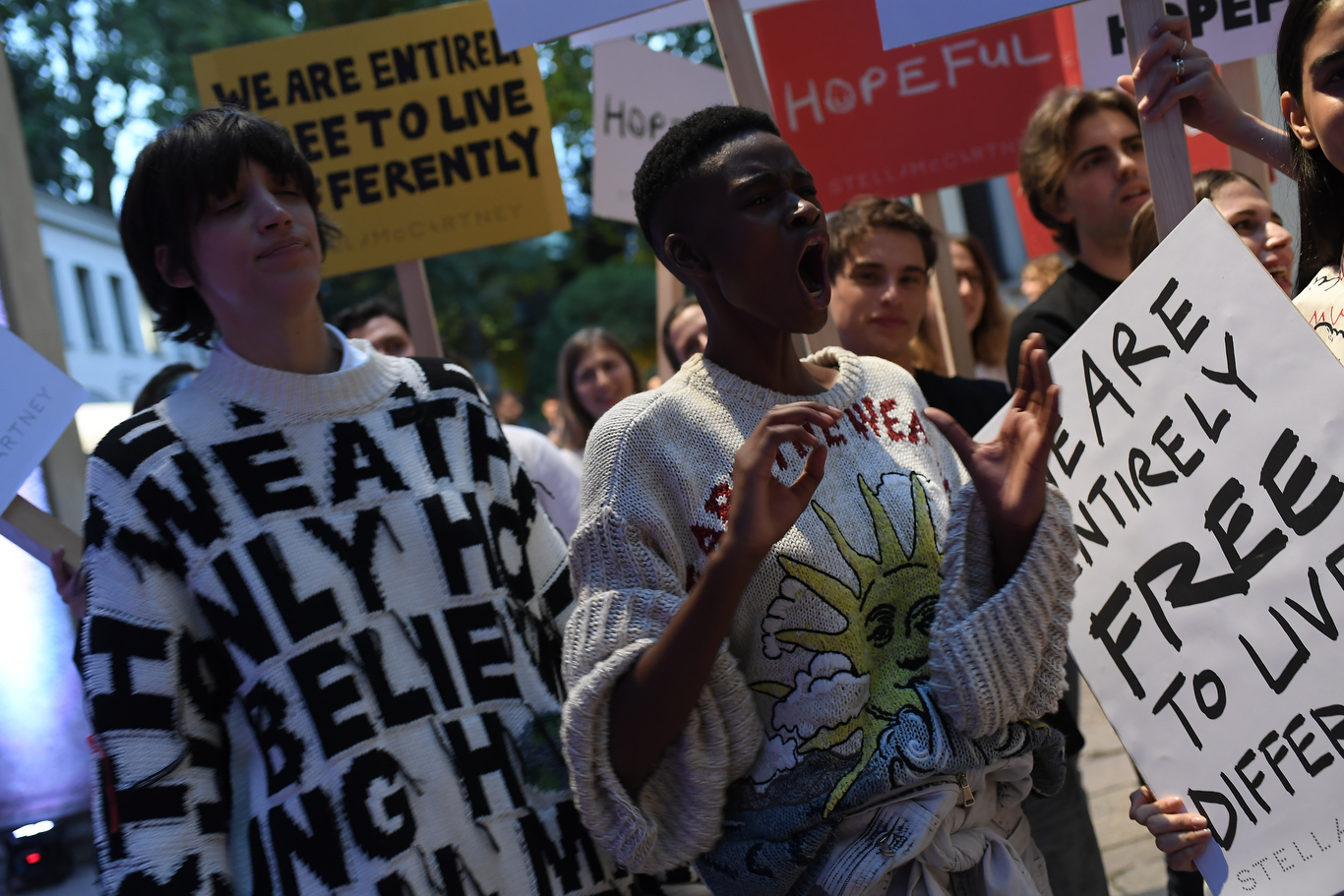 There was lots of music, too, including live performances by Oscar Jerome and Tkay Maidza, under a big glowing sign that said “Stella,” while a brass band known as San Crispino sauntered into the garden halfway through the event, blasting out The Beatles classic “Ob-La-Di, Ob-La-Da.”

McCartney was certainly in a celebratory mood, showing off her spring 2020 men’s and resort collections on models who wandered around the garden mingling with guests. She also lifted the veil, ever so slightly, on her upcoming collaboration with her old friend Taylor Swift.

Swift had revealed via Instagram Live late Thursday that as part of the release of her seventh studio album “Lover” — which comes out Aug. 23 — she’s teamed with McCartney for a collection of apparel.

McCartney, who was wearing a short, black swooshy dress with a bejweled collar, said the collaboration was born out of friendship. 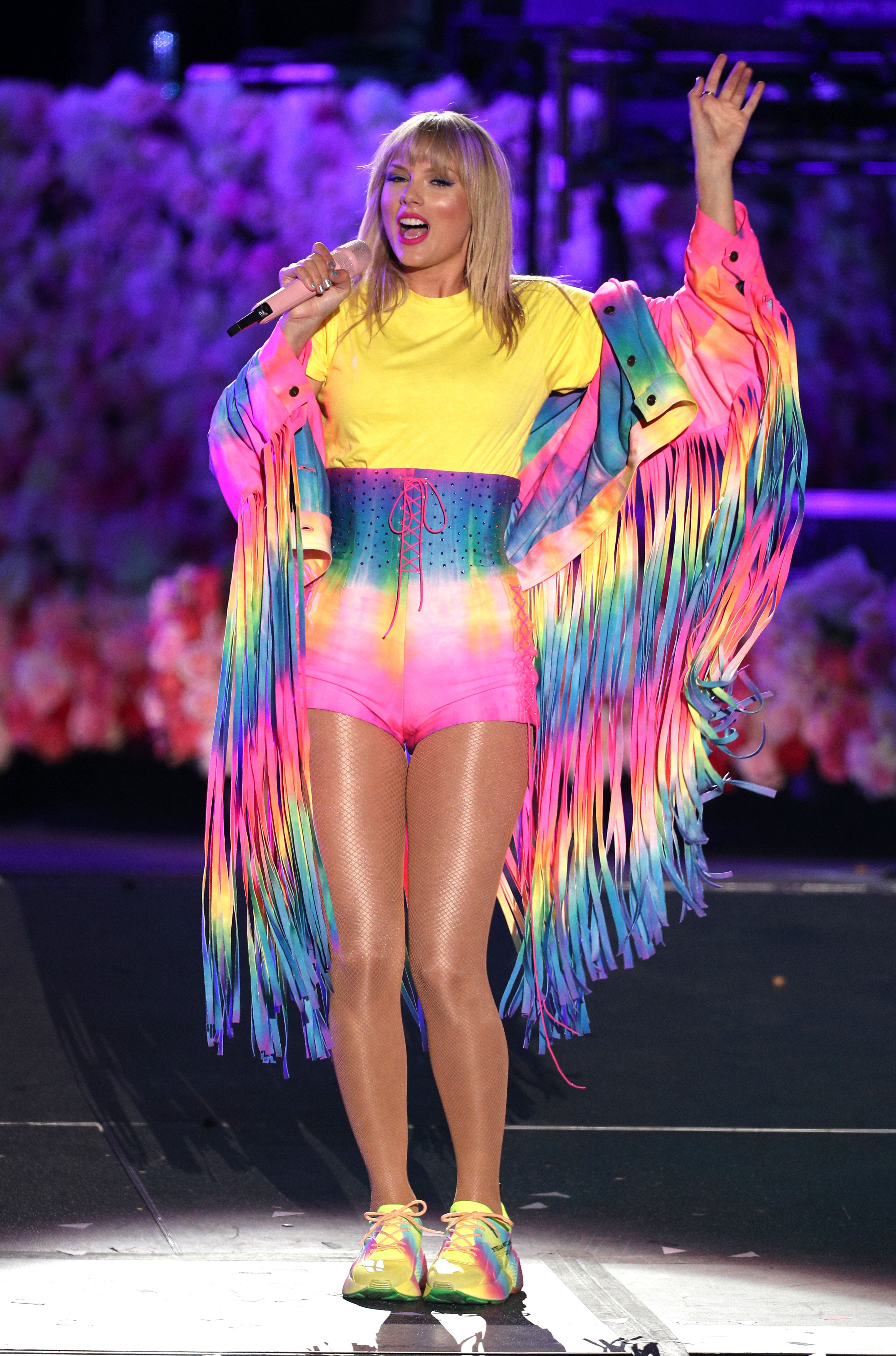 “She played me her album a couple of months ago when I was in L.A., and it just felt like the right fit. It’s going to be really good fun,” said the designer. “I hope I bring something to her and she brings something to me and we have a little kiss in the middle, a ‘lover’ moment.”

McCartney said it’s the first time she has collaborated in this way with a musician. Well, almost the first time. “I’ve only done The Beatles – but that’s family,” said the designer, who was tight-lipped about the actual details of the Swift collaboration – and the timing of the collection.

“It’s nice to have a little sexy anticipation. Her album’s called ‘Lover,’ and you don’t always get your lover straight away. You’ve got to wait for the good stuff.”