The theme this year was New Orleans, and the bigger names in attendance — Midler, Michael Kors, Billy Crystal — hammed it up appropriately. 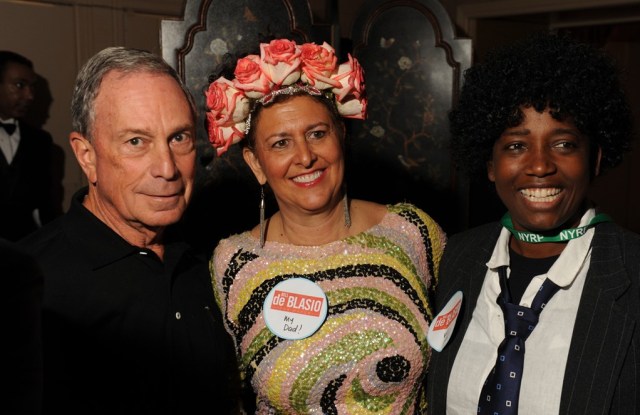 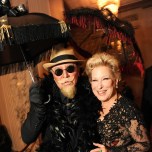 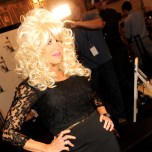 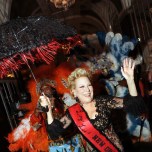 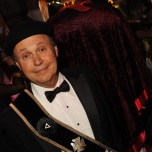 Bill de Blasio’s family has now entered that stage of their celebrity where they qualify as recognizable costumes. Mayor Michael Bloomberg posed with a Dante and a Chiara de Blasio, the mayoral candidate’s children, at Bette Midler’s annual Hulaween party Thursday night at the Waldorf-Astoria in Manhattan. The family has a couple of signatures — Dante’s Afro and Chiara’s rose headband, memorialized on the cover of New York magazine this week — that are fairly easy to imitate. It seemed as though the two women in the costumes were mocking the de Blasios, but only slightly. They’re actually supporters. Saundra Thomas, who went as Dante, was a New York City Council candidate who narrowly lost this past summer, and, Susan Siegel, as Chiara, is a Brooklyn gift shop owner and they’re both backing the Democrat in the election next week.

The mayor received lavish praise from Midler for his support of the New York Restoration Project, an environmental non-profit and the cause of Midler’s annual bash. The theme this year was New Orleans, and the bigger names in attendance — Midler, Michael Kors, Billy Crystal — hammed it up appropriately; Katie Couric seemed to have come as a grieving Dolly Parton. Kors was channeling a jazz funeral pallbearer and the television program “American Horror Story.” “If Jessica Lange was a man, I have a feeling she’d be wearing this. Hopefully it’s not going Colonel Sanders, but maybe it is,” he said.