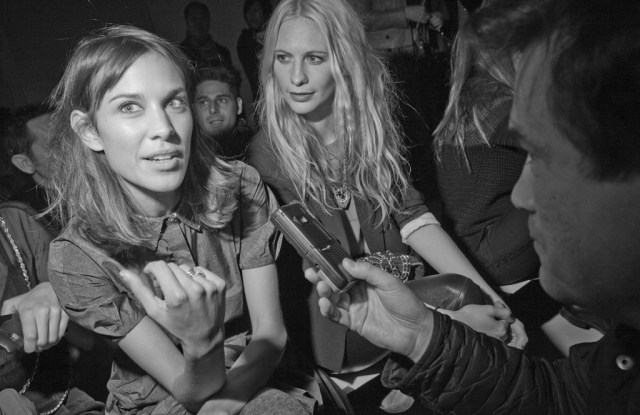 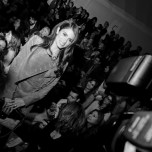 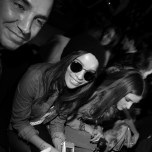 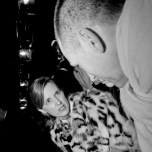 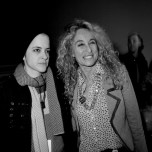 Supermodels Linda Evangelista and Cindy Crawford rubbed shoulders with cerebral types in spectacles including Woody Allen and Stanley Tucci. While Woody was patiently listening to the compliments of blue haired ladies, Lindsay Lohan made a bee-line towards the film director, introducing herself and perhaps planting the seeds for her comeback.

On Friday, famous models were also in attendance at the Rebecca Minkoff show. Beverly Johnson and Carol Alt were talking tweet. And what does model tweet? Why they tweet what they eat! While Alt is a strict raw food observer Johnson loves her BBQ. Although house parties might be a challenge for Alt, the two are happy to dine out together.

Kitsch was on hand at two Fashion Week parties that drew crowds.

The vibe at the Milk/MADE NYFW Party was very Vegas. With a large projection vintage photograph of the strip and an Elvis impersonator, the scene was complete with a faux wedding chapel. In preparation for Valentine’s Day, partners of all sorts tied the knot,, if only for the Lexus automotive photo op.

Non-traditional nuptials included: the single girl, a couple in drag, a three-some, and let’s not forget the three 20-somethings who got hitched with Elvis!

The next night at Barbie: The Dream Closet event, girls in braces along with Nikki Exoteka, a self described “transexual Barbie”, ogled the dolls that were hanging out in the larger than life-size closets.