At Pier 94, Alexander Wang had both scenesters and superstars on hand. 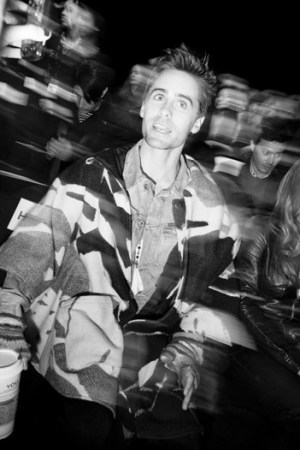 At Saturday’s Prabal Gurung show, artist Will Cotton was telling friend and CNN correspondent Alina Cho about his recent exhibit in L.A., pictures full of confectionery and Katy Perry.

Fellow painter Richard Phillips couldn’t claim a pop diva like Perry as his muse but he could claim a front-row seat, which somehow escaped Cotton, who was sequestered to the second row.

At Pier 94, Alexander Wang had both scenesters and superstars on hand.

Barney’s old guard Simon Doonan chummed it up with new guard Amanda Brooks, who was just appointed fashion director of the store. While Alicia Keys was whisked in and seated next to Anna Wintour, Kanye West decided to take a break from the paparazzi and hang with the hoi polloi in the standing room pen, until the start of the show.

Back at the tents, the G-Star Raw show had cast members from the MTV sensation “Skins” sitting in the front row.