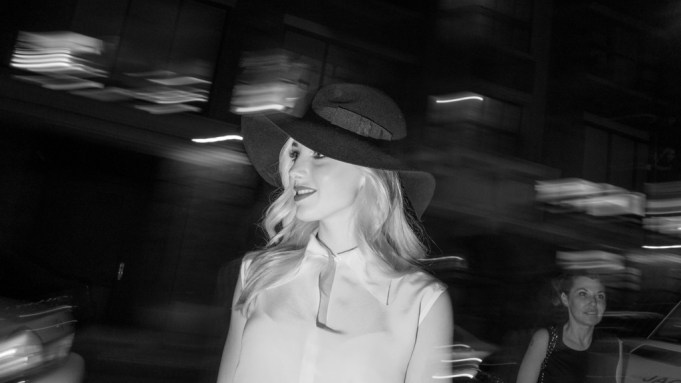 Democratic Mayor Bill de Blasio opened Gracie Mansion up on Wednesday to celebrate the start of #NYFW. The  Mayor’s wife Chirlane decreed to top designers that “this is the people’s house, and you are always welcome,” while most photographers, including those from @womensweardaily, were kept streetside to rub shoulders with the more egalitarian street style. A very democratic scene indeed!

At the front row for Richard Chai Love, the scene was very different, with the hoi polloi being embraced by the A-list.  Darren Criss hugged it out with a gleeful Just Jared shutter-bugger, while teen idol Joe Jonas awarded me full-fledged recognition, having met him at last season’s Kansai Yamamoto event!

On Thursday, Bergdorf Goodman found itself hosting a book party-cum-wake.  Former personal shopper Betty Halbreich was on hand to sign copies of her new memoir, “I’ll Drink to That.” Unable to join in the toast was the comedian extraordinaire Joan Rivers, who passed away earlier in the day.  Listed as the event’s co-host,  Rivers was also Halbreich’s longtime client. Whether or not the famed fashion policewoman’s ashes end up being scattered at Bergdorf’s, let’s hope her spirit will still send out her signature caustic barbs, dissuading customers from celebrity-worthy fashion faux pas.