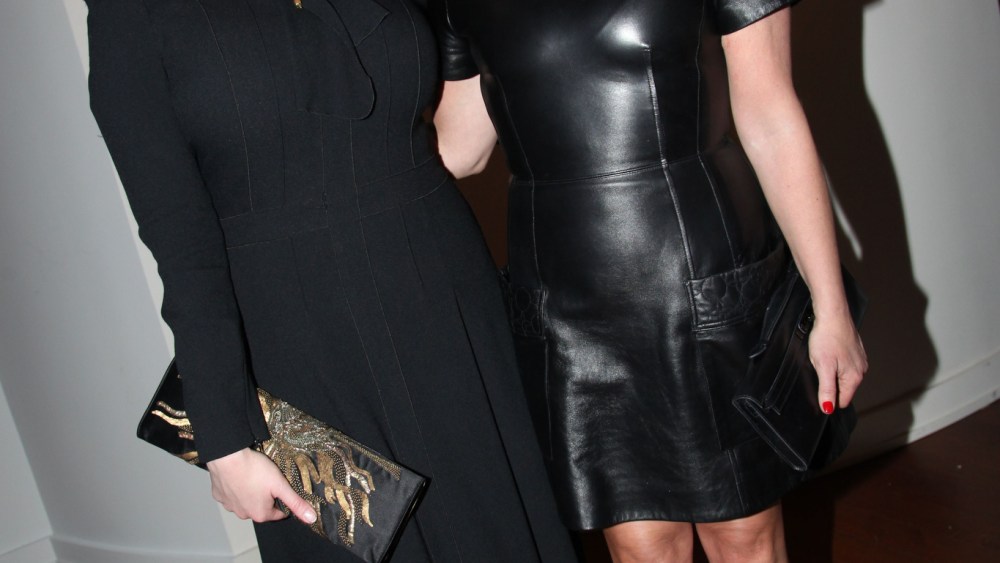 About 20 years ago, Ilene Joy made jewelry a hobby when she wasn’t working her day job in the advertising business. That is, until she was stopped on the street by Sabrina Wright-Gilliar, the property master of “Sex and the City” at the time. Up until that point, Joy had been sourcing her own stones, and selling things to friends off her neck and her wrist. But Wright-Gilliar asked Joy what she was wearing, and the two went to a café to discuss details. By the end of the day, Joy was signed to do the jewelry for the last three seasons of “Sex and the City.”

Fast forward to Tuesday night, when Joy, her daughter and business partner Rae Scheer, and a crew of celeb followers including Sienna Miller, Poppy Delevingne and Christina Hendricks attended the launch party in New York for Ilene Joy’s 2.0 version of her original brand.

Joy and Scheer, both petite, blonde and talking a mile a minute, explained that this time around, the business model and aesthetic for the brand are completely different.

“When I started, it was heavy beading,” Joy explained. “Rubies, emeralds, sapphires, diamonds — but multistrands of beads. Now it’s really wearable and layerable.”

“It’s so much more modern, and infused with a more feminine touch,” Scheer continued. “From a business standpoint, having the talent relationships we do — we’re never gonna pay someone to post, we are never going to pay someone to come [to an event]. What I’ve found very interesting is we’ve gotten a lot of good people to come without having to wrangle them.”

And indeed, the American Thread Building, where they held the party, brimmed with talent. Jane Krakowski, wearing a leather dress, circled the glass cases holding jewelry from the line, checking out the pearls and diamonds. Leigh Lezark, Louise Roe and Delilah Belle Hamlin gave big hugs to Joy and Scheer. Nearly everyone shared one thing in common: They showed each other their jewelry.

Delevingne is the face of the brand’s campaign — the video of which was projected on a wall at the party. She said she’s in town for a quick trip; she will attend the Tom Ford show Wednesday evening then return to her home in Los Angeles. Delevingne made a point to show off her choker with a pearl, and her drop pearl necklace, saying that pearls don’t usually have rock ‘n’ roll qualities, but Ilene Joy’s do.

“All the pearls are slightly disfigured. They’re not round pearls. Because of that distortion, it makes it kind of edgy and something very different,” Delevingne said.

Hendricks, who’s in the upcoming film “American Woman” with Miller, said she heard her costar was going to be in New York, so she sent her an e-mail and hopped on a plane.

“I walked in and [Miller’s] face was the first one I saw,” Hendricks said. She attended the party with her husband Geoffrey Arend, who gamely took pictures of her with fans.

Brandon Thomas Lee Is Ready for His Close-up