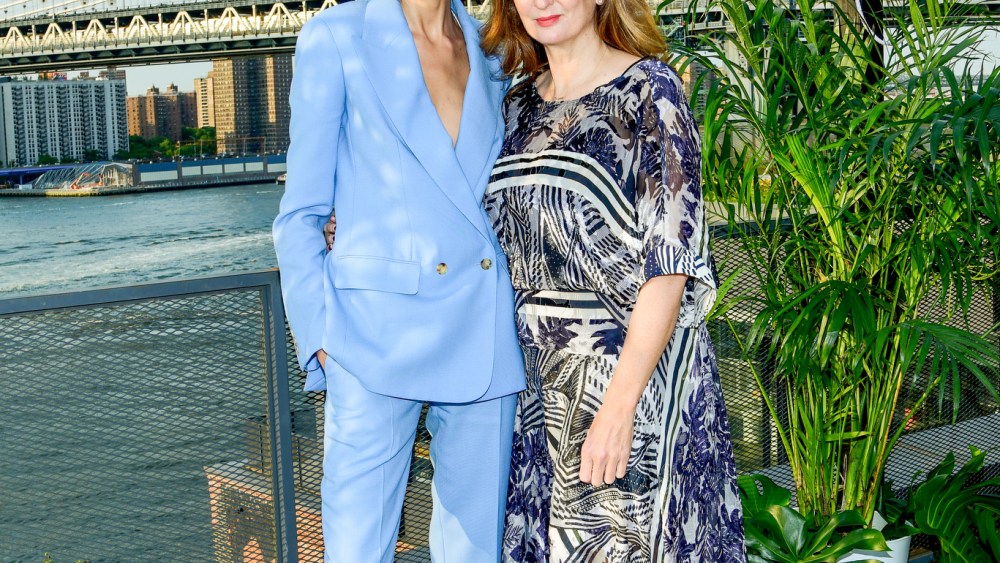 In a room full of models, editors and other fashion industry types, 83-year-old Sylvia Earle seemed to be the hot ticket.

Guests feting the summer issue of Porter magazine, which partnered with nonprofit Parley for the Oceans for the issue to bring awareness to marine pollution and the effects of plastic waste, were eager to meet the marine biologist and early ocean explorer, who was the first female chief scientist of the National Oceanic and Atmospheric Administration and a special guest at the party.

Rather petite, Earle moved through the crowd and gave friendly hellos to some towering models and other guests, including Cameron Russell, Julia Restoin Roitfeld and Jessica Joffe, as well as Mario Sorrenti and Anja Rubik, who photographed and coedited the issue, respectively, as they turned from their conversations to greet, introduce themselves and sometimes thank her.

But Earle wasn’t there so much to hobnob as to deliver a message about the state of our oceans, into which more than 1 billion pounds of trash, much of it nearly indestructible plastic, is dumped each year, as it’s overfished and drilled for oil, to boot.

“We look really prosperous for a world of seven billion people, but we’re right on the edge,” Earle said. “Ask Paul Watson, ask Fabien Cousteau, ask yourself how much longer will there be bluefin tuna when we’re down to less than 3 percent and we’re still sushi-ing them? What are we thinking when we see the curves — here’s where creatures were, here’s where they are today and we’re continuing as if they’ll always be there, even though we have the evidence.

“Cyril [Gutsch, Parley founder] says 10 years [left to improve the oceans],” Earle continued. “Maybe we have longer but maybe we don’t have as long. One thing is for sure we have to hurry. It gets harder all the time. We’re losing the elements of our life support system, but we have a chance armed with knowledge and that’s the key. You can know and not care, but you certainly can’t care if you don’t know.”

Editor in chief Lucy Yeomans said the shoot with Rubik and Sorrenti in the Maldives indeed ended up being an education. There are several photographs in the issue showing otherwise stunning beaches lined with trash and plastic waste.

“We all witnessed firsthand the devastating effects that plastics have on our oceans and there was an incredible moment of ocean beach clean-up that I think moved everyone who was there,” Yeomans said.

But there’s more than a little irony involved in fashion industry players bringing “awareness” to pollution and sustainability issues, however important that may be, when the industry is known for being one of the most wasteful and most secretive about its production methods.

“Fashion has such influence and power,” Rubik said. “We set trends! We need to make it cool and fashionable to take care of the oceans.”

But Gutsch, who spent about 20 years as a design and media strategist and had his own agency before basically turning it into Parley, didn’t avoid the dismal state of ocean pollution. “It’s hard to tell here because, for us, everything always looks the same, but the truth is, the earth is pretty f–ked,” Gutsch said.

“We need to turn awareness into action and solutions,” he added. “When you look at all the problems we’re having right now, it’s all in economic failures and the truth is, it’s all about material and the only part of society that can fix that is the creative industry. It’s us. We can create the demand for products that are not destroying, every day, every moment, every minute, life out there.”

Sustainability in Fashion Is Growing, but ‘Systemic’ Change a Ways Off