‘Power, Influence and Gender’ Discussion With Robin Wright and Hearst

Robin Wright, fueled by her work with girls in the Congo, joined Cosmopolitan editor in chief Michele Promaulayko for a dinner discussion on empowering and protecting women. 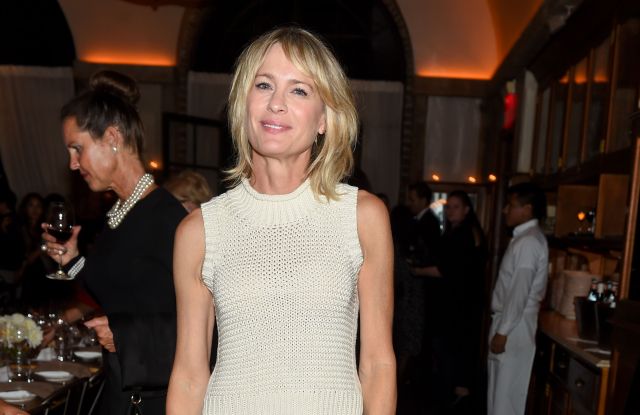 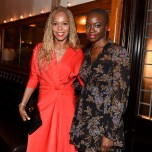 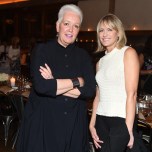 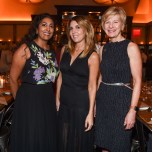 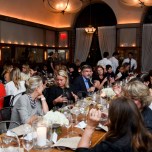 On Wednesday evening, Cosmopolitan editor in chief Michele Promaulayko and actress Robin Wright came together with Michele Sullivan of the Caterpillar Foundation and Sue Desmond-Hellmann, chief executive officer of the Bill & Melinda Gates Foundation, to hold a dinner discussion on the topics of power, influence and gender.

“It’s important for Cosmo because Cosmo is obviously interested in the elevation of women, wherever they are,” Promaulayko said during the cocktail hour in the back room of Locanda Verde, where the Handshake-hosted dinner was held. “But it’s also just important to me as a person. To have the opportunity to talk to Robin who is so committed to protecting women around the globe and creating opportunity for them…you don’t say no to that.”

Wright is the cofounder of Pour Les Femmes, a line of pajamas she creates with a friend whose proceeds benefit women in the Congo.

“I’ve been saying to everyone in the office that she’s my ultimate girl crush and how apropos that I’m talking to her on Woman Crush Wednesday,” Promaulayko said. “I mean, Robin just is elegant, megatalented and when you hear her speak so passionately about these issues you realize what a big heart she has and how interested she is in seeing her efforts through. She’s really put a stake in the ground in wanting to help these women. She has this amazing platform. The greatness of celebrity is that it can pull somebody in and get them interested and then raise their awareness and get them to really care.”

“I started a sleepwear line because I wasn’t making enough noise, by going to D.C. and going ‘we need to pass this legislation,’” Wright said. “Ten years I’ve been on this bandwagon trying to help these women who are brutally raped every day. I said, ‘I’m going to make something that I love doing.’ Something that represents comfort and security: pajamas. It’s soft and it’s yummy and it’s our basic right to get into bed and feel safe every night. And they don’t have that basic right. So I wanted to bring the consumer in because women love purchasing something knowing they’re helping another woman.”

Wright and Promaulayko were just meeting for the first time, but Wright has known Sullivan through her work with girls in the Congo.

“We were appearing together with this group of African girls that were able to finally go through university, and it was Women’s Day. And it was to make the global statement that 130 million girls are not allowed to go to school,” Wright said. “And these girls have graduated because of this movement, of just generating attention. And a lot of it is just about reeducating a new system of thought. Girls don’t have to marry at 14 in those countries, and they want an education and they should have one.”