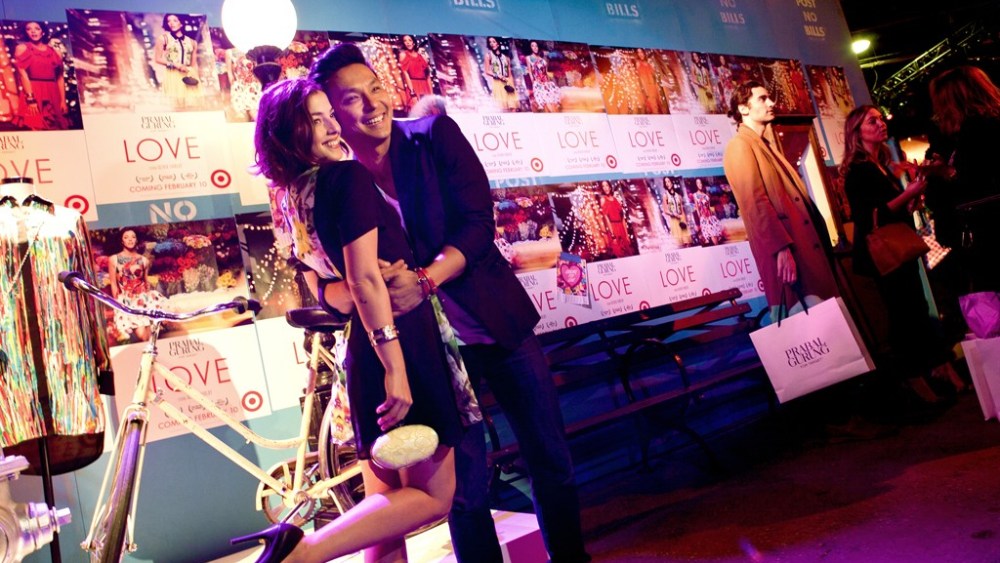 “Going to the carnival is like the perfect first date, isn’t it?” Prabal Gurung asked on Wednesday night at a launch party for his new collection for Target. “And tonight it’s all about the love.”

True, “love” was the official buzzword of his collaboration with the mass retailer, but if one word came to mind at the fete at New York’s Pier 57, it would be “spectacle.” Partygoers were transported upon entering to the dazzling fairgrounds, replete with a glittering merry-go-round, a fortune teller and Whac-a-Mole. A trio of food trucks stationed around the room’s periphery served beignets, churros and other sugary sweets, supplementing the mini corn dogs and lobster salad bites being passed around by handsome servers. Guests circled the space, a sparkling Tilt-a-Whirl happily spinning in its center, and marveled in all the kitschy delight. Of course, there was also a pop-up shop. It had been erected across from a shooting gallery.

“This is insane, isn’t it?” said Olivia Thirlby, the face of the collection’s campaign, as she surveyed the scene. “It’s unreal.”

On the other side of the room, Elizabeth Olsen eyed the Tilt-a-Whirl as it swiveled about. “I would never go on anything like that,” the actress said while holding a wisp of cotton candy between her fingers. “I’m too scared.” The starlet apparently has many fears. “I’m normally terrified of color, but I love this,” she said, gently tugging on her coral and turquoise Prabal Gurung for Target dress tucked under a black trench from The Row.

A bevy of familiar faces turned out — Harley Viera-Newton, Zani Gugelmann, Hannah Bronfman, Michelle Harper — and an unexpected one, Carey Mulligan, who was laconic when it came to press. “I’m sorry,” her p.r. said when approached. “We’re just in and out.” And out they were, moments after the starlet mugged on the red carpet and briskly gave Gurung a congratulatory double kiss.

Rashida Jones, however, stuck around. “I’m a huge Target fan. What can you not get from Target?” she asked, plucking a mini grilled cheese from a passed tray. “Dude, I bought my bedside table from Target.”