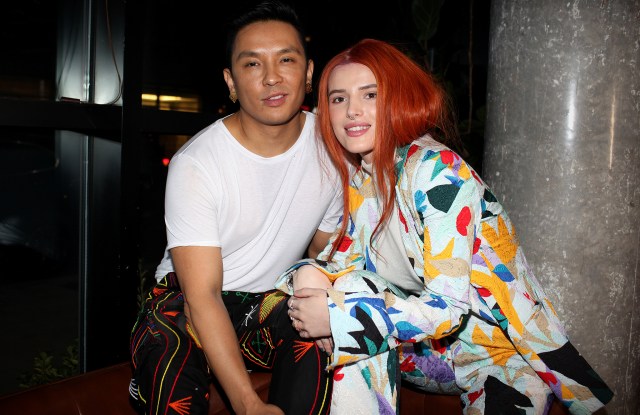 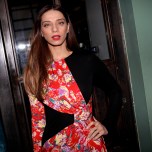 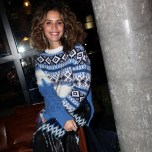 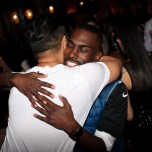 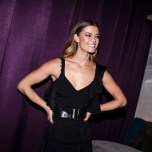 After sending his latest designs down the runway, Prabal Gurung decamped to Baar Baar in New York’s East Village for a postshow dinner party. Inside the warmly lit Indian gastro pub, illustrations of dresses from the collection were littered on the tables, with a cheeky addition: each figure had Gurung’s face.

“Relieved, happy,” said the designer of his mental state. “It’s also [good] to be able to celebrate not only with my friends, but my team and just everyone that’s been supporting me for almost 10 years now — September will be our 10 years.”

The choice of the restaurant plays into the inspiration for the collection, which was traveling to the Far East.

“I don’t want it to be too serious; I wanted it to be fun, but India is such a big part of who I am,” he said. “I’ve been here to this restaurant and I really loved it, so I was like, you know, why don’t I bring — because I lived in India, I grew up in India, I was born in Nepal — so I wanted to bring them here to this world. Tonight is to enjoy, be with friends, and then postshow — maybe work on the next collection? Isn’t that what we do?”

Bella Thorne, who arrived from Spring Studios with sister Dani Thorne, offered a broad summation of her fashion week thus far (“it’s been good”), but got more specific when recapping Gurung’s collection.

“Beautiful, just beautiful,” she said. “I love all the different ruffles and patterns and all the different embroidery he worked with. Also, there were quite a few dresses that had this see-through, glittered sparkles in different colors like purple and pink — it was just beautiful. I like how he decorated the stage with all the extra fabric shreds, that was really cool.”

Like Gurung and company, Thorne has been hard at work lately.

“An album, four movies I’m about to work on, four or five are coming out this year, a book that’s poetry-literature based,” she said, ticking off what she’s working on. “And I think that’s it.”

As guests — Angela Sarafyan, Lana Condor, Huma Abedin, Nina Agdal — filtered to tables around the restaurant, Gurung stepped up to the mic to offer his gratitude and introduce his friend and model Varsha Thapa of Sita Virgin, who performed for the crowd. (The Grassroots CBD goodies, in Kitchen Toke tote bags for each guest, also got a shout-out.)

“While we’re creating designs, fashion and trying to sell it and make a business, what we can’t forget about is the love and friendship, the family that we’ve created on our own and the joy that comes from that,” he said. “So tonight is about celebrating joy, because the culmination of joy is what leads to happiness. So a little bit of Oprah s–t, you know?”

A little bit of Oprah, and a lot of Grey Goose.

“Somebody asked me backstage, one of the reviewers asked me, ‘What are you looking forward to tonight?'” Gurung continued. “And I said, ‘Vodka martini. Three of them.'”