Alongside the likes of Olivia Munn, Laverne Cox and Joan Smalls, the designer also celebrated the release of his self-titled book, out Nov. 12. 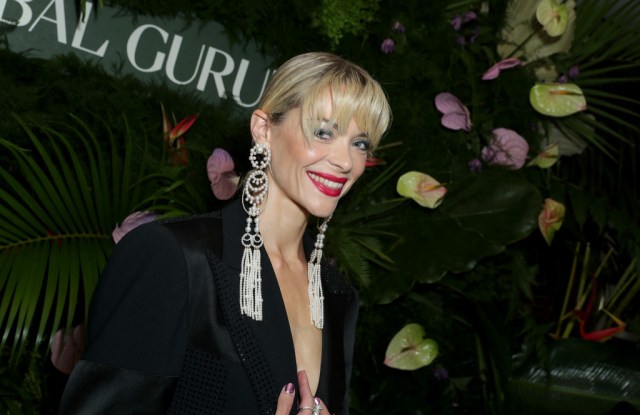 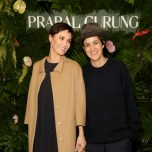 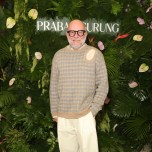 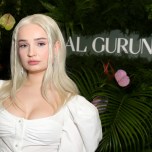 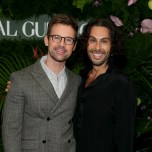 “I think I know why we’re all here, so we can Instagram story that we were at a fancy supper with fancy people and some famous fashion dude,” kidded entrepreneur Bing Chen, addressing dinner guests before introducing his friend — that famous fashion dude — Prabal Gurung.

“Real talk, I think we all know the world is on fire,” continued Chen. “The hills are on fire, but the world is on fire.…We are at war over who gets to come to our country…who gets to stay in this country, over who actually gets to get employed.…Because everything is at stake right now, every move matters. We need people like Prabal to consistently speak up, consistently show up and consistently…act up to show us what we need.”

Inside the Sunset Tower Hotel in Los Angeles on Tuesday night, as the room was celebrating the release of Gurung’s self-titled book and 10 years in fashion, it was hard to ignore the reality of the dangerous wildfires impacting the town just miles away, where firefighters were reportedly still working on containing the Getty Fire.

“It’s been crazy,” said Olivia Munn, who had watched the news from afar. The actress had been out of town in Detroit, attending Forbes’ Under 30 Summit. She’s had a busy year filming three movies, she said, and tonight, she was playing cohost alongside Gurung, a friend.

“What we’ve seen from Prabal over the last 10 years has one huge common denominator, which is that everything is classic but unique,” she said, wearing a watercolor bowling shirt and matching sarong miniskirt by the designer, of what makes her a fan. “He’ll take something that makes you feel like you’re in something that maybe may come from your own wardrobe or your mom’s wardrobe but that has this new fresh take on it. Like he says in his book, it’s femininity with a bite.”

The self-titled release, out Nov. 12, is a look inside Gurung’s world, his designs and celebration of women and diversity. Not one to shy away from a political statement and inspired by a Women’s March he attended in New York City, the Nepalese-American designer had the phrases “This Is What a Feminist Looks Like,” “Our Minds, Our Bodies, Our Power” and “We Will Not Be Silenced,” written across T-shirts during a show in 2017. More recently, this season at New York Fashion Week, Gurung presented an Americana-themed show he called, “Who gets to be American?” The idea came after someone in a business meeting asked how he could possibly define American. “You don’t look American,” he was told.

“The fashion industry is led by immigrants, LGBTQ people, women, minorities,” Gurung shared with WWD. “I want to be a celebration of that.”

“When you are constantly told by people around you growing up…your dreams are not valid enough, your dreams are a frivolous idea, no matter how much you believe it, you do question it,” he continued. “It took me a while to get to a place where I could celebrate our 10-year anniversary, even to get to a place where I wanted to make a book. I wanted to do this book, coffee table book, and add my own personal story, because I realized that there are a lot of kids like me there who may never get an opportunity or may never get a moment where they think, ‘Maybe my present situation is not going to be how my future is.’ I want them to see that no dream or idea is impossible, especially for people who don’t fit into the mainstream idea of what beauty is, people who are always going to be the supporting cast but who never get to be the main lead. I wanted to create a story that puts us in the main lead.”

The New York-based designer wanted to celebrate in L.A., he said, because while New York embraced him, the West Coast city “validated” him.

“He really advocates for immigrants, which I think is really cool and inspiring,” said Arjona, who was born in Puerto Rico. “I’m one of them.…The most important thing about him as a designer is he’s really all-inclusive, and it’s something that our world is lacking. Our world really needs to have that acceptance and embrace each other. He embraces cultures, minorities, ethnicities, all sorts of shapes. That, to me, is the most important, and you can see it through his art more than anything, which is really beautiful.”