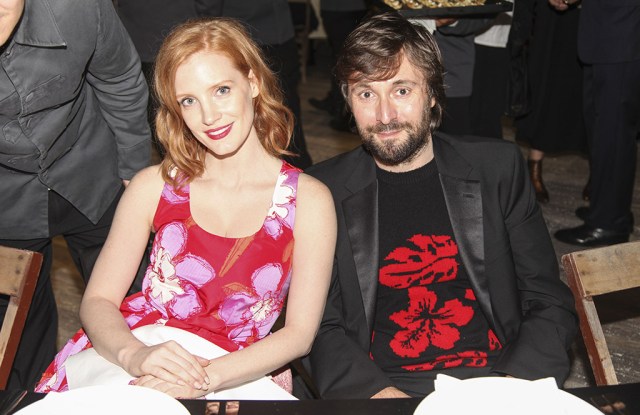 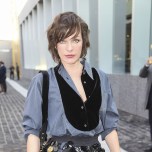 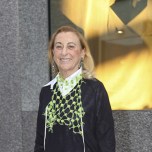 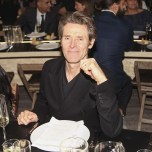 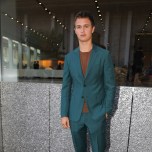 A MOVEABLE FEAST: Guests milled around the sprawling Fondazione Prada in Milan on Sunday night, in its Bar Luce — where at one table some faces of the brand’s new fragrance master brand, actors Mia Goth and Ansel Elgort, chatted over drinks ­— and in its courtyard prior to the sit-down dinner.

Raf Simons, fresh from his runway show paying homage to Robert Mapplethorpe’s work at Pitti Uomo in Florence, was taking a break.

“I’m not working on anything,” exclaimed the designer, who was instead preparing a road trip with his boyfriend, Jean-Georges d’Orazio, and their six-and-a-half month beauceron, named Luka, to the South of France.

“If the Brazilian government is stable, I will do an exhibition of my work at the [pavilion] of Oscar Niemeyer in São Paulo in Brazil during the Biennale. And then I’ll have a big project here next summer,” he said, keeping mum about further details.

Milla Jovovich, for her part, has another action-packed “Resident Evil” film due to break in January.

“I just finished a movie with James Franco called ‘Future World.’ It’s like a post-apocalyptic fairy tale. I play the drug lord. It was meant to be for a man, and then he got me,” said Jovovich, adding she is set to begin a new Rob Reiner movie in the fall, with filming expected to be in New Orleans.

She explained it is about why America went into Iraq after 9/11.

“It’s based on a true story about these four journalists who were the only ones writing what was actually happening that wasn’t being covered by The New York Times,” Jovovich said. “I play the wife of a journalist, this Yugoslavian lady, who was an interpreter. She’s got very strong political views after the conflict [and is] smart, strong and opinionated.”

Carla Sozzani, founder and owner of 10 Corso Como, lauded the staging of the Prada men’s show, which took place earlier in the day and included a display of the brand’s logo reproduced throughout a mirrored pathway leading to the new perfumes, La Femme and L’Homme, created with Puig.

“It was very intriguing because all of a sudden, it was like the world of Prada that I used to know when I was very young in the Galleria [Vittorio Emanuele in Milan], so for me it was very emotional…it was like going back. I love this tradition and the modern,­ because actually tradition is modern,” she said.

Other guests at the dinner included Federico Marchetti and Alessandro Roja.