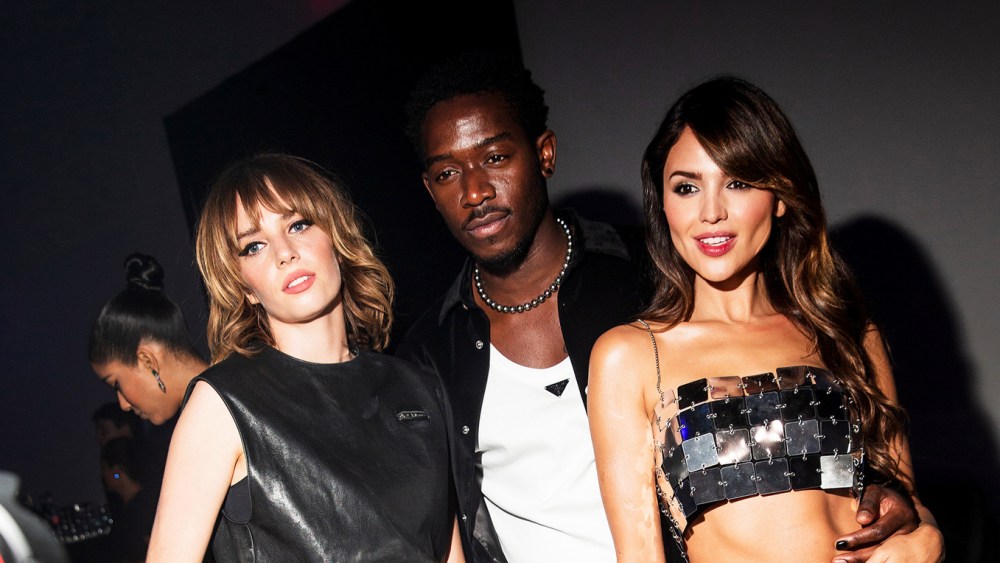 Prada brought its Prada Extends music project — a collection of global events that aims to “harness music’s power to unite” — to the Faena Forum on Miami Beach on Thursday night.

Art Basel had officially opened to the public earlier in the day, traffic heading down Collins Avenue was in a gridlock, and the city’s trendiest hotels were swarmed with party hopefuls. While many in the crowd at the Faena Forum had already been making the Art Basel party rounds since early in the week, Prada’s event introduced a fresh set of VIP faces.

Maya Hawke, Eiza González, Hailee Steinfeld, Damson Idris and Taylour Paige congregated in the roped-off VIP area, while the main event — DJ sets curated by Richie Hawtin — kicked off the late-night party on the other side of the room. Guests hoisted their phones to capture the “spectacle” of lights in a circular formation beaming from the ceiling while a conceptual video played behind the DJ deck.

“When I first started acting my first acting wage went on some Prada shoes,” said a cheery Idris. The British actor stars in the brand’s recent holiday campaign, but was donning a more casual Prada tank top for his Miami appearance. “To be here today, alongside the team of Prada — who I love — is a dream come true,” he added.