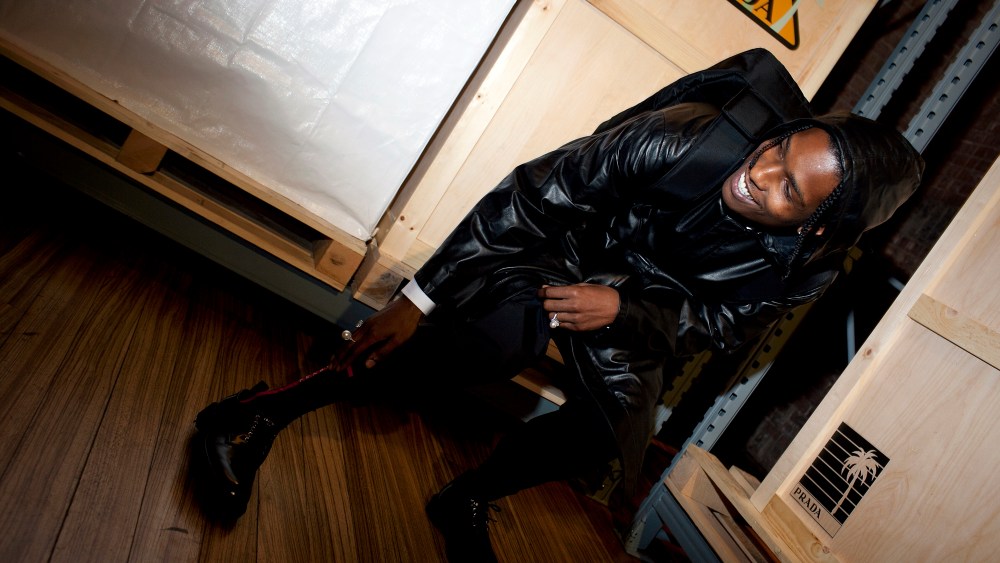 Those Prada flame-print shirts that were seen all over the place this summer? They came out for one final bow on Saturday night, when the brand held a party for its Linea Rossa line at the Prada boutique in SoHo. And there were prints (and bucket hats) aplenty.

Downstairs, Elgort was found waiting for the restroom, chatting up a waiter in the meantime. His fashion week has involved Ralph Lauren’s anniversary party Friday night and the Prada party.

“It was really over-the-top and amazing,” he said of Lauren’s show. He even got to chat briefly with his idol, Kanye West, shouting out to him as the rapper entered the party (in a Prada coat, coincidentally). “I’ve yelled at him a few times when I’ve seen him and that’s it,” Elgort said. “So it was pretty cool that I was able to talk to him and say that I like what he does.” As for the rest of the evening? “I sat next to Dylan Lauren and also next to Nick Jonas and his beautiful fiance [Priyanka Chopra]. What about you? Did you talk to Hillary? Who was the coolest person you talked to?” (For the record, it was Steven Spielberg, and negative on the Hillary chat).

The actor and musician (and face of campaigns for Ralph Lauren and Prada, at one point or another) likes to restrict his fashion week commitments, conveniently enough, to those two brands.

“I feel like being at home and reading and doing whatever I’m doing. But I like Prada a lot. And I like Ralph Lauren,” he said.