Miuccia Prada and Catherine Martin showed off their work on the film's costumes in Soho. 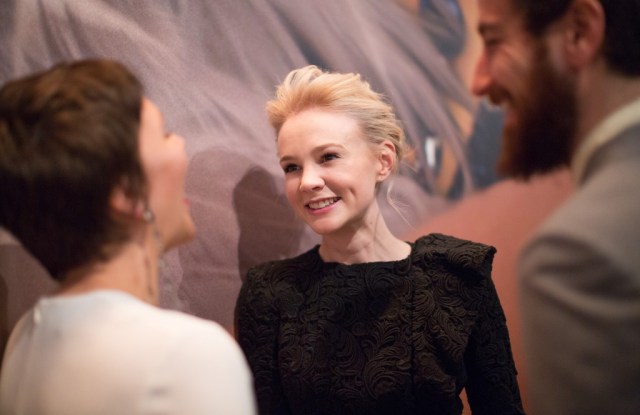 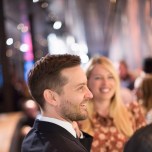 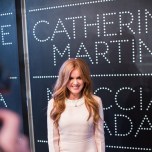 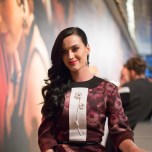 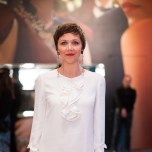 On Tuesday night, Baz Luhrmann stood above the single-story canyon dip in the floor plan of Prada’s New York store in SoHo and took stock of the swanky cocktail party around him. A fashionable crowd had come to see an exhibit of the designs Miuccia Prada created or tweaked for the director’s much-awaited adaptation of “The Great Gatsby,” working with its costume designer, and Luhrmann’s wife, Catherine Martin. It was early still, and those on hand were mainly fashion editors and favored Prada customers. A few wore flapper-type dresses. Carey Mulligan, Tobey Maguire and Isla Fisher — Luhrmann’s Daisy, Myrtle and Nick, respectively — would arrive later, as would a few famous rubberneckers such as Katy Perry, Florence Welch and Maggie Gyllenhaal.

It has been some time since a big studio production has so acutely piqued the interest of the fashion world, and Luhrmann’s schedule has been busy lately. The various companies that had a hand in outfitting his players up to the highest Fitzgeraldian standards — Tiffany & Co., Brooks Brothers and Prada — have promoted their involvement in the film with panels and parties and promotions in the run-up to Wednesday’s big red-carpet New York premiere, where Warner Bros. would flex its own considerable marketing muscle.

“Just give the child, as it goes off to school, a chance to survive is what this is all about,” Luhrmann said of the onslaught. “Now, it’s fun and it’s not unpleasant, but it’s like you just can’t get to enough countries and say enough things and try and get the film a chance to be seen.”

And besides, what better way to promote “The Great Gatsby” than with a party or 12?

“We were good with parties before ‘Gatsby,’” Luhrmann exclaimed, turning to an entourage of young-ish men in suits. “I used to have a party division that that man there used to run. Who ran the party division? I can’t remember… No wonder we got into horrible trouble with that and went horribly wrong.”

Luhrmann turned back around and collected himself.

“I think I’ve always had a penchant for a good party,” he concluded. “After all, to quote a song from the film, ‘A little party never killed no one.’”

Down the stairs, Fisher was admiring the exhibit, a collection of sequined dresses and feathered headbands.

“My character is obviously not wealthy,” she explained of Myrtle Wilson, the garage owner’s wife who carries on with Gatsby’s rival. “She’s trapped by her status in the Valley of the Ashes. So these gorgeous clothes that you see on display, I never got to wear.”

Prada had sent her a blush pink silk crepe dress for the evening.

“I never saw anyone from these parties,” she continued. “But I imagine if I would have been in the right Egg, I would have felt jealous.”

Around 7:30, Mulligan arrived wearing a black lace coatdress with her mother, Nano, in tow. She posed for pictures with Prada and then headed toward a makeshift VIP booth on the store’s balcony.

“There were these huge party scenes, but Prada had dressed so many people and now to see so many designs brought together is amazing,” the actress said of seeing the full run of show. And had filming those party scenes prepared her for this?

“Oh, well, it was fake Champagne… mainly,” she smiled.