Grammy weekend kicked off in Los Angeles on Thursday quite fittingly, with a concert. 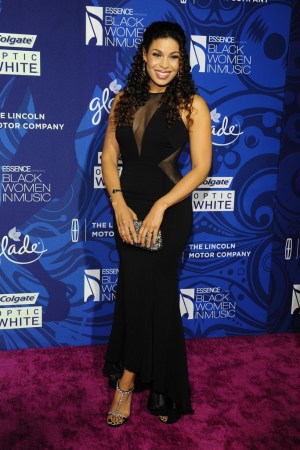 Grammy weekend kicked off in Los Angeles on Thursday night quite fittingly, with a concert.

A trail of guests lined up in front of the Avalon in Hollywood early Thursday night, the words “Sold Out” running across the venue’s marquee. It was the 6th annual Black Women in Music celebration for Essence Magazine, or the magazine’s unofficial pre-Grammy party where an array of artists including Brandy, Lianne La Havas, Chaka Khan, MC Lyte and honoree Jill Scott were set to perform.

As the red carpet ebbed and flowed, it became clear the night’s overriding theme was girl power. “You know, sisterhood is important,” said Ciara. “It’s important that women support each other of all races. It’s really empowering when we show each other love.”

“Boardwalk Empire” alum Margot Bingham was mesmerized by the “Ride It” singer. “I’ve never been this close to her,” she gushed. “I’m freaking out…” After getting a good peek she echoed her girl crush’s sentiments: “Sisterhood is to not be afraid to say that you’re a little jealous,” Bingham said. “It’s looking at other women that inspires you to be your best self.”

From the seven-minute opening medley of Nineties hits from Brandy that prompted Luke James to say, “She’s amazing,” to Chaka Khan’s “Ain’t Nobody,” there was a lot to be inspired by. Four-time Grammy award winner Scott told WWD, “I don’t even want to sing. Just to hear and to know that you’ve touched anyone is just …I’m at a loss for words.” Although she went on to speak of shyness and feeling overwhelmed, it wasn’t easily detected. When it was her turn, the songstress sauntered onto the smoky stage, before belting out the crowd-pleaser “Golden,” drink in hand.