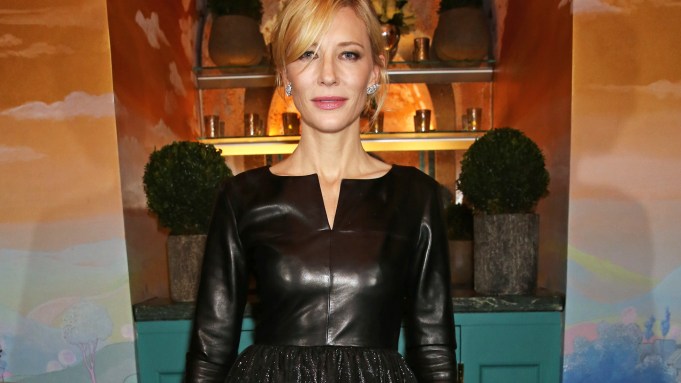 ACTING OUT: Some things never change.

The mariachi band that has greeted guests to the annual Charles Finch and Chanel pre-BAFTA dinner for the last 17 years was once again playing the strains of “Guantanamera” as the likes of Julianne Moore, Benicio Del Toro, Mark Ruffalo and Leonardo DiCaprio arrived at Annabel’s club in Mayfair on Saturday night ahead of the BAFTA Awards, which take place Sunday.

“I’m going to be wearing a Prada suit tomorrow night,” said “The Revenant” actor Will Poulter. “I don’t know why they are kind enough to keep dressing me, but they do. But I don’t have any facials or anything like that planned – I’m a man. I believe you can’t polish a [turkey]. But you can roll it in glitter.”

“Pride And Prejudice And Zombies” actress Ellie Bember said she planned to skip the awards ceremony in favor of spending Valentine’s Day with her boyfriend. “We’re staying at Browns [hotel] so we’ll probably have a long bath tonight, then breakfast in bed and a massage in the morning, and then just see where the day takes us.”

Bob Geldof was far more prepared for a day of romance with wife Jeanne Marine, who he married last year in the south of France. “Of course I’ve got everything ready: The chocolates, the flowers, the Champagne, the present. Because I have to, don’t I? It’s quid pro quo. The missus will expect it. And she better have sorted out her side of things,” he said. “There’ll be breakfast in bed served with a single rose, so that’ll mean popping down to the local garage first thing in the morning.”

The Boomtown Rats frontman and social activist said he’s all too familiar with the rites of Valentine’s Day. “I have always sent Valentines to all my girls,” he added. “But there’s nothing more embarrassing than getting a Valentine gift from your dad, is there? When they were at school, the girls used to be incensed and lie about who it was from; say it was from a secret admirer.”

Del Toro, who is nominated for a Best Supporting Actor award for “Sicario,” is due to return to London in a few weeks to begin filming “Star Wars: Episode VIII,” and said he was looking forward to taking long walks in London’s parks. “I love the parks here. I have two dogs that would love it too, but they’re too big to come over with me this time.”

Blanchett is up for best leading actress at Sunday night’s awards ceremony, the British equivalent of the Oscars.

Hollywood megastars warrant a little leeway when it comes to punctuality, and her tardy arrival didn’t stop her from pausing in the bar for a chat with fellow BAFTA nominees DiCaprio and director Alejandro González Iñárritu – both up for awards for “The Revenant.”

Once Blanchett and others had finally taken their seats for dinner, Finch addressed the crowd: “The thing started because I appreciate the great artists that work with me and make the movies that we love every year. So I thank you for coming year after year, and for making the films you make – and it really is about that. And, in the meantime, I’d love to say I love you all. But some of you – I’m not so sure about.”