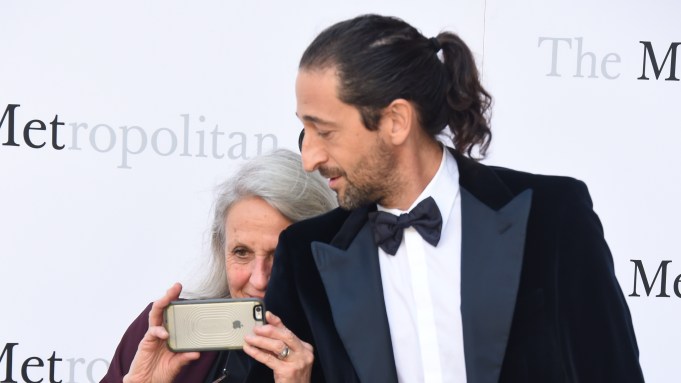 “I come pretty much every year,” said Clarkson. “This is what I look forward to most in New York, other than my friends’ Broadway openings — I love to luxuriate in the extraordinary talent.”

“It’s the first time I’ve seen ‘Tristan und Isolde’ so animated — usually they do it quite minimalistic,” Mercedes Bass said. “If I were doing it, I would do it Twenties [style] — with girls looking like Grace Kelly. And Robert Taylor being Tristan.”

Bass, unsurprisingly, was committed to staying through the entire evening; though the opera loyalists appeared perfectly content to spend the evening transfixed by Tristan and Isolde, it was also the night of the first presidential debate, a scheduling conflict not far from the crowd’s minds. “I’m vice chairman of the board,” Bass said, a valid excuse for staying put if there ever was one. “I’m going to go home after and watch [the debate]. Sometimes you can’t be everywhere, but this is my first love.”

Close to 10:30, the final note had been sung and the neighboring tent was beginning to fill with rather famished opera fans.

“We made it,” huffed one ravenous guest, both a comment on surviving five Wagnerian hours and sweet relief upon seeing a plump salad awaiting her.

Muñoz, the newly crowned Alexander Hamilton in the Broadway sensation, was enjoying a night off from the production, taking selfies at the dinner table with his date, former “Hamilton” costar Betsy Struxness.

Elizabeth Peyton, in the Vetements silver sequined dress last seen in paparazzi shots of Kim Kardashian, took in the evening with Jagger. “Actually, let me check my phone to see what’s going on,” she said, looking for a live-stream of the debate.

Jagger was doing without updates, but offered her take on the political climate nonetheless. “I must tell you, I didn’t know, because I live in England, that the debate was tonight,” she said. “I am in absolute shock to think that there is any possibility that someone like Donald Trump could be considered to be the next president of this country. And I am praying while I’m here for Hillary Clinton to do well. [It’s been] such a male chauvinistic persecution of Hillary.”

As guests bit into their entrées, chairman of the board Ann Ziff took to the stage to welcome the season, kicked off with a night “where I suppose one might say the opera ‘trumped’ the debate.”