Jennifer Lawrence, Michael B. Jordan and more traveled to Jersey City, where Nacho Figueras discussed his relationship with the royal couple. 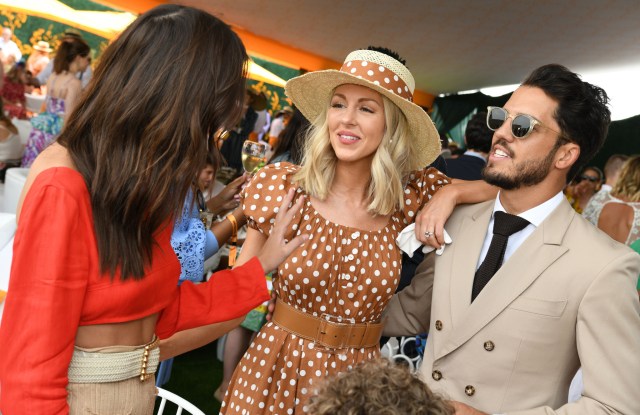 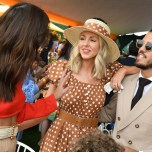 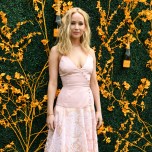 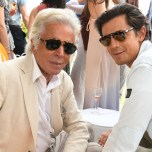 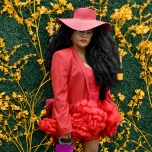 The actor was referring to Nacho Figueras, the polo player slated to make his annual appearance at the Veuve Clicquot Polo Classic held at Liberty State Park in New Jersey. Indeed, Figueras had arrived an hour earlier with his wife Delfina Blaquier and three of their four children, who were running around the grassy expanse above the field holding mallets.

Their father was coming off the heels of an Instagram post that gained him serious attention. He’d put up a photo in defense of his friend Prince Harry after a reporter asked Figueras to comment on the fact that the royal was leaving his newborn son Archie behind to play a charity match. Figueras was subsequently sucked into the maelstrom that is the Royal Family media machine, explaining himself and his motives for the days to come.

Still, he said, he wasn’t tired of answering questions about the couple.

“[The media doesn’t] get Harry and Meghan wrong,” he explained. “The media knows what’s right, they just like to enhance and point out the things they make up. They like to focus on the things that they shouldn’t be focusing on. [We shouldn’t just] focus on Archie’s shoes. Which, I understand why people are curious about that — it’s an adorable thing. We all want to know about Archie and how great he is, etc. But it just makes me mad that we change the narrative of their story.”

Meanwhile, Julianne Moore (who’s planning on spending the summer visiting colleges with her 17-year-old daughter), Jennifer Lawrence, Michael B. Jordan and Emily Ratajkowski worked their way into the event. J. Law’s emerald-cut engagement ring was in full view next to her pink Rosie Assoulin dress, although her fiancée Cooke Maroney did not attend, and Lawrence’s team said she came “with friends.” She and Moore put their heads together and gossiped, J. Law hitting her Juul repeatedly.

Jordan arrived with his buddy Sterling Brim, whose podcast “Weed and Wine” recently featured Jordan as a guest. It’s people like Brim, Jordan explained, that bring him back to the Polo Classic each year.

“I come back to [New] Jersey whenever I can,” he said. “I’m always busy and running around. I like doing something different; It’s cool to break it up between regular press events and junkets — come outside, get on some grass. Get around some people you haven’t seen in a minute.”

That busy-ness includes his work on the film “Just Mercy,” which will come out in 2020. He’s also started chipping away at his directorial debut for “The Stars Beneath Our Feet,” a movie he says is on the back burner at the moment.

“Honestly, as I grow and learn, I start to develop more and more projects. You understand the juggling is very important,” he explained. “It’s something that I’m not really sure exactly when I’m stepping into the director’s seat on that one, because I’ve been working so much. I’m just finding the right time.”

Everything You Need to Know About Summer Music Festivals