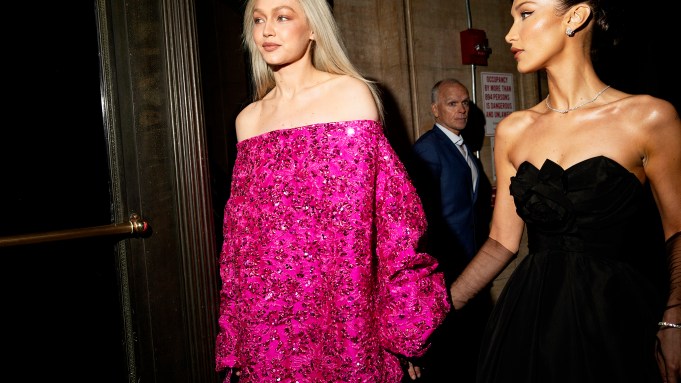 There are few people who can upstage fashion royalty — the likes of Kate Moss and Naomi Campbell — but there was one contender at Cipriani Broadway on Thursday night: HRH The Prince of Wales.

No, the prince didn’t make it to New York, but he had plenty of proxies on hand for the inaugural New York Prince’s Trust global gala. After several pandemic postponements, third time was the charm for the event, which supports Prince Charles’ youth foundation. Thursday’s event was hosted by global ambassador board chair Lionel Richie and Edward Enninful, along with presenting sponsor J.P. Morgan Wealth Management.

Richie was beaming after making his way past the public masses flanking the steps into the events space, gamely flashing photographers a thumbs up as he posed off the carpet. Moss and Charlotte Tilbury followed closely behind; the beauty entrepreneur recently revealed a three-year partnership with the foundation to support and provide mentorship for the trust’s enterprise program.

Other guests included “Bridgerton” star Phoebe Dynevor, Lily James, Diane von Furstenberg, and Karlie Kloss, who all stopped to pose in front of a giant urn on their way into the cocktail hour. Perennially press-avoidant Leonardo DiCaprio appeared for dinner, which featured remarks from past Prince’s Trust participants, a silent auction (featuring a cinematic experience donated by DiCaprio), and post-dinner performance from Richie. The singer admitted that he was battling nerves before addressing the starry crowd.

“I like to get out of the car, walk up the stairs, the band starts playing and I go on stage. That was the longest, hardest 15 minutes I ever sat through,” Richie told the crowd. “All I kept thinking about was I’m getting more and more nervous by the second — and I’ve done this my entire life.”

Richie, the trust’s first global ambassador, initially met Prince Charles in the ’80s. “We have two things in common: we are the same age, and we have the same heart,” the singer added. “He told me a story about how he got started and how he wanted to do more, and that’s when I realized: I think there’s something we can do together.”

The trust pairs youth with mentors and teaches them the skills to make a business out of their dreams.

“In fact, I’m often sorry that I didn’t have the Prince’s Trust when I was growing up. The Commodores would have gone a long way,” Richie quipped.

The singer next introduced stylist David Thomas. He got his start through the Prince’s Trust in the ’80s; his first major job was a video shoot for Richie. Other notable alumni of the foundation include Idris Elba and David Oyelowo.

“For our global economy recovery, we must enable young people to build positive futures,” said Enninful. “By supporting young people with employment, we can help them create more stable and fulfilling lives,” he added, before introducing HRH, who appeared by pre-recorded video.

“Our mission remains the same: to help young people into secure stable jobs, enabling them to build brighter futures,” said the prince, who founded the initiative in 1976. “Together, we can build a brighter future.”