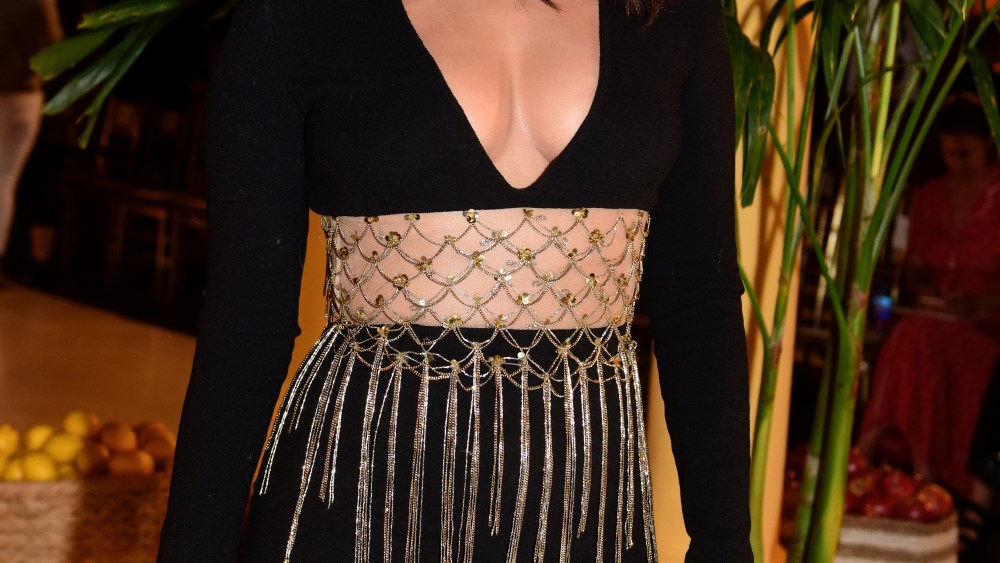 On Tuesday night in New York, Adam Rippon was not where he’d usually be this time of year.

Were it 2017 or anytime before that, the former professional figure skater would be smack dab in the middle of training season, on the ice practicing his routine. But since his official retirement from the sport, the Olympic bronze medalist has ventured down other career avenues — writing a memoir, winning “Dancing With the Stars” and getting into political work and philanthropy chiefly among them. On this evening, though, he was at the Oscar de la Renta spring fashion show, and thriving — along with Priyanka Chopra, Paris and Nicky Hilton, Jordan Roth and Karolína Kurková.

“This is my first fashion show,” he said. “I’ve never been to one before.”

Rippon, who’d just gotten in from Los Angeles the day prior, said he attended a Saint Laurent event and YouTube’s beauty and fashion party before heading to Oscar — but in his everyday life, he’s focusing on “getting everything together for the 2020 presidential campaign.”

“I’m trying to work with local Democratic National Conventions,” he explained. “I just bought a place in Nevada, so I want to film something about [encouraging people to] get registered to vote there.”

There was just one chair next to Nicky Hilton that was empty. Whose could it be? The answer came with a bunch of flashbulbs, as Paris Hilton stepped into the Cunard Building, taking photographs next to enormous baskets of apples, lemons and limes that were part of the tropical set.

“My mother wore Oscar since I was a little girl so I’ve always loved the designs,” she said. “I’m friends with Fernando [Garcia] and Laura [Kim] and I heard today’s [Monse] collection was inspired by my show ‘The Simple Life.’”

When asked what she was currently working on, Paris ticked off a laundry list of projects.

“I have my [DJ] show Sept. 21 in Atlantic City, I’m touring around the world, my new album is coming out soon,” she said. “I have a new single coming out and my 25th fragrance is coming out next month.”

Smiling her signature grin and fixing her hot pink dress, she then eased in next to her sister, right where she belonged.

Getting Ready With the Bloom Twins for Tommy Hilfiger x Zendaya