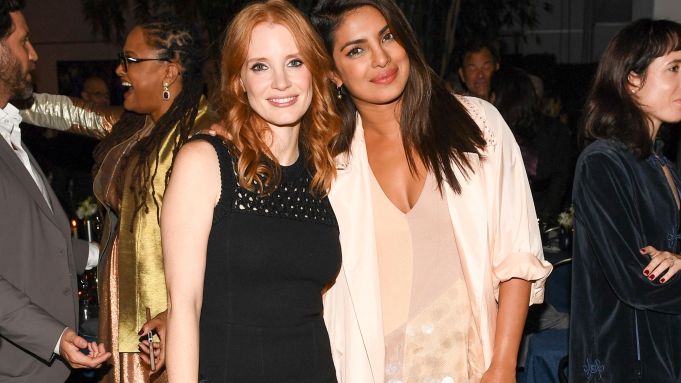 “Well, the asked me, so I came,” said Sarah Jessica Parker by way of explaining what brought her to the Hammer Museum’s Gala in the Garden benefit in Los Angeles on Saturday night.

The event has been running for 15 years but it was Parker’s first time, fitting because fellow New Yorker Hilton Als was one of the honorees, along with Ava DuVernay.

Museum director Ann Philbin said there was no shortage of cultural and intellectual figures to honor in any given year, but this year’s award recipients seemed especially relevant, and also complemented the musuem’s current exhibit “Radical Women.”

There were more than a few of those in the starry crowd, including Jessica Chastain, Evan Rachel Wood, Priyanka Chopra, Rashida Jones and Jessica Lange, who was also a co-chair of the evening along with Zachary Quinto, Jenni, Saree and Maggie Kayne and Tomas Maier. Bottega Veneta for the fifth year sponsored the event.

Two women who didn’t wear Bottega were the younger Kayne sisters, Jenni and Saree, both expecting babies in a few months. “What can I say, we’re competitive,” joked Jenni of the timing.

The other sister act of the evening – quite literally – was Haim, who despite playing their share of music festivals and a sold-out show this week at the Greek Theater, was suffering from pre-performance anxiety.

“Walking around and seeing all the major people here is making me kind of nervous,” said Danielle Haim. “Yeah, Diane Keaton is here, and she’s everything,” said Estee. “I’m sure people tell her all the time that they are her biggest fan, but I am literally her biggest fan.”

Other fan-girling out included Jessica Chastain, who chatted it up with Lange, and January Jones, who took a few selfies with Japanese superstars Yu Yamada and Shun Oguri.