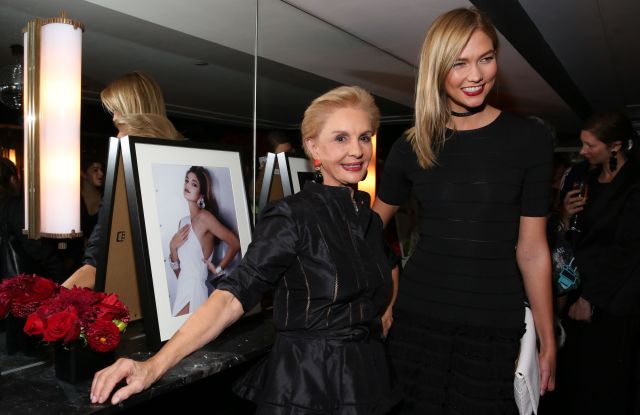 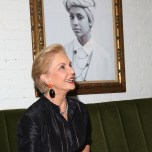 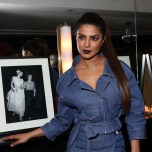 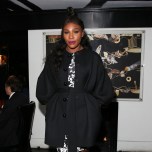 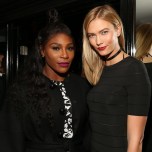 The nostalgia set in even before descending the stairs into Omar’s on West Ninth Street in Manhattan Thursday night. From outside, the sound of Cole Porter’s hits could be heard to transport guests like Priyanka Chopra, Serena Williams and Karlie Kloss back to Carolina Herrera’s first runway show, where the same music was played.

“I did the first show with a band, with Cole Porter music, so I thought it was fun to bring it back,” the lady of the hour said from inside the Greenwich Village restaurant. The designer was celebrating her new book, “Carolina Herrera 35 Years of Fashion,” and had artfully engineered the evening to celebrate her history and the present. Case in point? “[I also] have a DJ for now,” she said. “It’s mixed. It has changed.”

Blown-up framed selections from the book were lined up by the bar, including shots of Diana Vreeland and early front rows of Bianca Jagger and Andy Warhol. “It was so much fun to do — well, I didn’t do it really, Rizzoli and my daughter Patricia put it together,” Herrera admitted. “[The photos] look amazing because they are timeless, you know? It’s a lot of memories and I loved it. Memories never age.”

Patricia was largely responsible for compiling the book. “For me it was an emotional process, because there’s a memory attached to everything,” she said. “My mom started when I was 8, so it was really my entire youth. And also you forget — so I was looking and was like, ‘oh wow, I remember when Cindy Crawford wore that, it was so cool.’ The most fun was going back and getting all the clothes and doing the retrospective shoots, in the middle of the book. There’s a dress that Drew Barrymore was wearing that has radishes on it, and she has jewelry all over, and that to this day is one of my all time favorite dresses.”

“That’s so funny,” her sister jumped in. “That dress that you’re talking about, I wore it when I was pregnant, not knowing that I was pregnant, and being really uncomfortable all night because it was really tight. I couldn’t breathe! And then I found out.”

Nostalgia for the whole family.