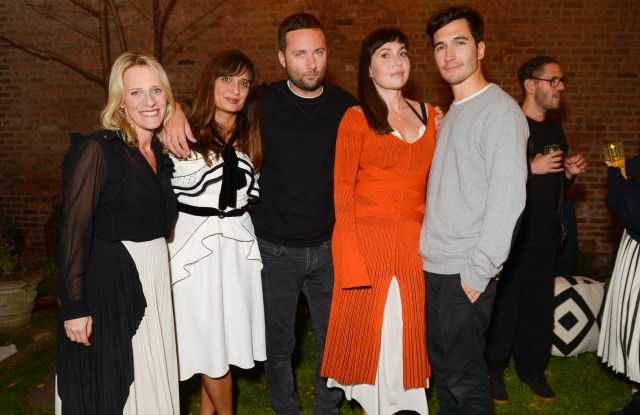 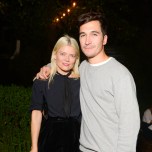 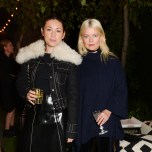 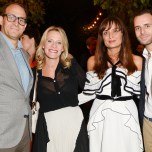 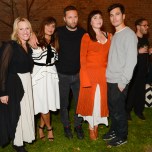 “We literally moved in in September, “ said Fabiola Beracasa Beckman on Thursday evening from the back garden of her West Village town house. The film producer, who was behind “The First Monday in May,” wasted no time opening her doors to host a celebratory dinner for Proenza Schouler designers Jack McCollough and Lazaro Hernandez, timed to their new boutique on the third floor of Saks Fifth Avenue.

“We’re New York kids,” Beracasa Beckman said of her longstanding friendship with the Proenza designers. “And I was fortunate enough to have them at my wedding. So when people come to your wedding and it’s not a big wedding, you really bond. I got married two years ago and since then [Jack, Lazaro and I] have been inseparable.”

McCollough and Hernandez spent the night entertaining friends like Kate Young, Jen Brill, Ladyfag and Adam Selman who, in a true departure from the typical fashion fare, milled about with a potato dinner from Caviar Kaspia.

“We did all the windows, of the entire Fifth Avenue, which is kind of awesome,” McCollough said of their Saks partnership. “And then we had a trunk show thing today.” “We just passed by that — we’re not really the typical trunk-show kind,” Hernandez added. Case in point? “We didn’t want to have a party at the store,” he continued. “We wanted to have it at a friend’s house.” “And invite our actual friends,” McCollough interjected.

The Saks team was fresh from their Greenwich store opening, which followed a stint abroad for  fashion month. “We got back from Europe a week and a half ago,” fashion director Roopal Patel said. “It feels like more than that,” Tracy Margolies, Saks’ chief merchant, added. “We opened a store yesterday.”

Highlights of the season included “Dior, Valentino, Simone Rocha, Balenciaga, Prada, Gucci — there was no shortage,” Patel said. “It was a great season — lots of color, lots to buy,” Margolies added. One can only assume Proenza Schouler is included.