The “Gangs of New York”-themed party celebrated designers Jack McCollough and Lazaro Hernandez as well as the artist Haim Steinbach. 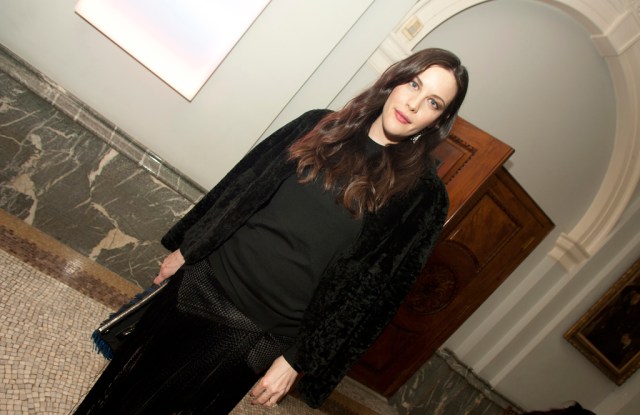 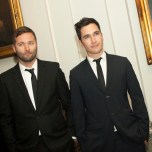 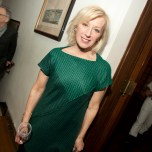 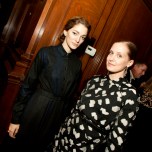 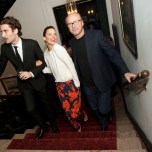 “Jack and Lazaro asked me if I would come have dinner with them,” Liv Tyler purred from her hideout, a darkened corner of the Down Town Association’s sprawling home on Pine Street. Of course, this wasn’t your typical Tuesday night dinner party. It was Art Production Fund’s annual gala, which this year was “Gangs of New York”-themed and honored Proenza Schouler designers Jack McCollough and Lazaro Hernandez as well as the artist Haim Steinbach.

The event spanned four floors of the building, built in 1859 as a club for maritime lawyers — which explained the stained glass windows with images of boats and the sea. For the social set, who have partied at nearly every venue in the city, the unfamiliar space was like unearthing a hidden gem. “Actually Yvonne [Force Villareal] came here for a Burning Man event,” said Art Production Fund director Casey Fremont. Come again? “My husband is a big Burner, and I am, too,” explained Villareal, the fund’s cofounder. “About a year ago we came to this crazy party here. And I thought if they allow an outrageous Burning Man party they’ll certainly allow an art party.”

Even an art party that involved S&M-like tassels hanging from light fixtures and a temporary tattoo station by the artist Sean Landers. Tyler adhered to the “On the Fringe” dress code in a Proenza Schouler skirt with cascading fringe down the front — an item she repurposed from the brand’s spring 2015 film, though in that go-round she wore it as a top, letting her very pregnant belly poke through. (She added that new baby Sailor is “so cute, very cute.”) Claire Distenfeld paired a lace-up Givenchy bodysuit with a Rosie Assoulin skirt. “I think everyone started with Googling the movie,” she said, referring to the Martin Scorsese film. “Then once you got past Cameron Diaz, I basically clicked out of the Google image page and I closed my eyes and I was like, what do I remember?”

“We like to give themes that are sort of easy to interpret many different ways,” said Fremont. “We were thinking about being on the fringe of society. There have been whips, there have been hard core gangsters and then there’s just straightforward fringe. Anything goes.” Also spotted in the crowd: A feather headpiece, a couple of lace eye masks and a handful of harnesses.

Artists including Rachel Feinstein, Cindy Sherman, Marilyn Minter and model Jacquelyn Jablonski snaked past Will Cotton’s makeshift photo studio, where he shot Polaroids of people in his candy crown creations. On the second level, Steinbach had installed a metal structure with a poem affixed to the front (“I went looking for peaches and came back with a pair”) and Proenza Schouler shoes resting on the shelves. “Fashion designers are very much involved with all the visual aspects of experience, materials and appearance, and invention and play. I mean, this is totally what artists do. They are just working a different side of the field,” said Steinbach, who also worked with the designers in 2009 for a special project at Pitti W.

“[His art] is just so sophisticated and so restrained and so conceptual and hard to wrap your head around, you don’t quite understand what’s going on but something about it kind of pulls you in,” said Hernandez, bronzed after a recent getaway in Cuba. “But I don’t know, he’s just one of those people we’ve always looked at and admired.”

And with that, dinner was served.