Public School and New Era hosted a party for the launch of their new hat collaboration at a pizza themed pop-up shop. 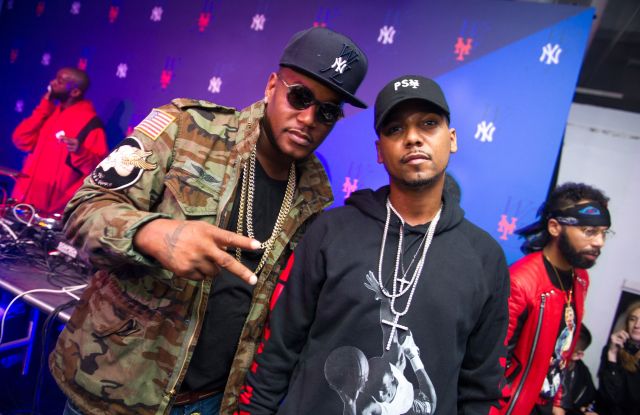 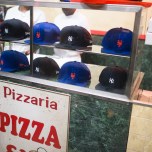 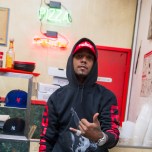 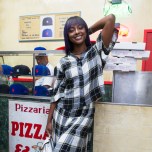 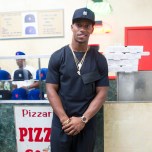 Public School designers Dao-Yi Chow and Maxwell Osborne never stray far from New York City culture. Their latest project was their take on the Yankees’ and Mets’ baseball caps in collaboration with New Era, which was the first time the Major League Baseball association has allowed designers to modify their trademarked logos.

The two brands celebrated the collaboration on Thursday night in the back of a new pop-up shop, with celebrity appearances from Victor Cruz, Martha Hunt and Justine Skye. The shop was decked out as an old school New York City pizza and deli. Chow and Osborne dressed up as shop workers with aprons and pizza slogan t-shirts, while the hats were enclosed in glass displays to mimic pizza pies.

Guests were greeted with endless slices of pepperoni and cheese pizza from Joe’s and specialty cocktails from Belvedere and Soto Sake while a DJ played iconic New York City Nineties R&B, hip-hop and rap. Staying true to the theme of “Where New York Lives,” Juelz Santana and Cam’ron, members of the Harlem rap group Dipset, surprised the audience with a performance.

It was unique for the designers to throw a party while most fashion editors and influencers are in Paris for fashion week, but as Osborne put it, “It wasn’t about fashion, it was about celebrating New York.”