Dao-Yi Chow and Maxwell Osborne of Public School celebrate their debut art curation at Sotheby's on the Upper East Side. 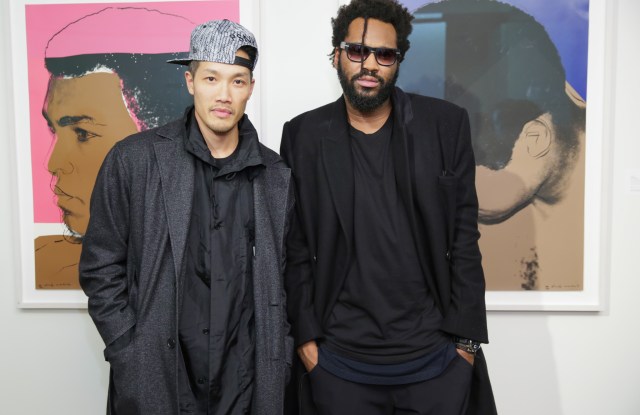 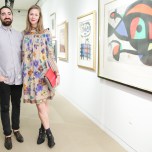 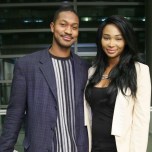 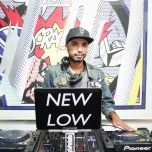 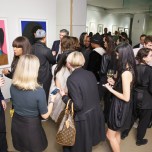 On Thursday night, the Public School boys took to Sotheby’s to unveil their curation for the auction house, bringing with them perhaps a higher dosage of leather jackets than 72nd Street and York Avenue is accustomed to seeing. The exhibit from the first-time curators Dao-Yi Chow and Maxwell Osborne will be open Monday and Tuesday and is titled “Prints & Multiples.”

The too-cool-for-school guys that they are, Chow and Osborne breezed in late to their party and chatted with the evening’s crowd, mostly friends and art-world appreciators, by the bar.

Chow and Osborne know Tad Smith, the chief executive officer of Sotheby’s, from his days at Madison Square Garden, when the designers did a line for the Knicks in 2014.

The exhibit occupies floors two through four, with the top floor being their personal favorite. “The way we set it up is it’s a progression of how we experienced art in New York City,” Chow explained of the fourth-floor layout. “So if you started in the front, that wall there is supposed to be the handball courts where we first experienced Keith Haring, which was our first experience with art, really. And then as you progress, this hallway was our class trips to the Whitney, and the MoMA, all the modern stuff. And then here is the MTV room where we grew up in the high school years, Warhol, the moonwalk painting. The last room is all about contemporary artwork that we’re really into now, Cy Twombly, Frank Stella, things that we’re referencing in our works and our collections now.”