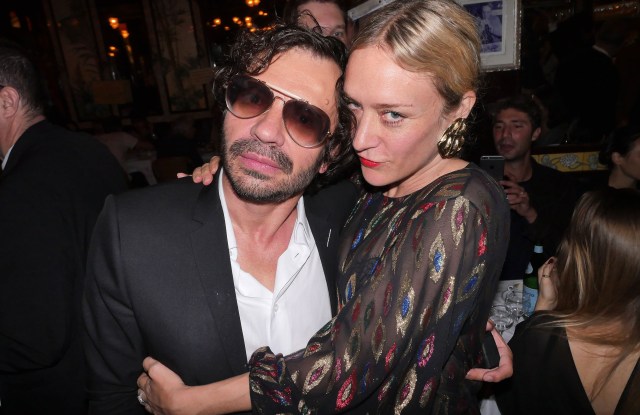 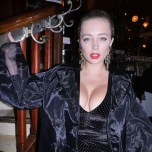 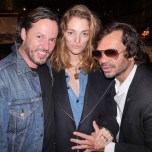 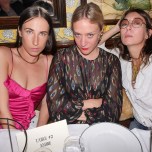 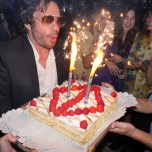 BIRTHDAY SUIT: Even as it hits its quarter century milestone, Purple magazine knows how to create a stir. Would-be diners were shocked to be turned away at the door of famously always-open Brasserie Lipp, privatized for the independent magazine’s 25th anniversary dinner.

What cinched this unusual honor was as much Olivier Zahm’s continued patronage as it is his position as a lynchpin of Paris’ cultural establishment, general manager Claude Guittard revealed. “The brasserie has long been a home for fashion, but thanks to [Zahm], we remain in fashion because he brings people who make it today in Paris,” he said. The restaurant also hosts a literary prize, open to authors who have not yet claimed any other accolade.

“It’s a snapshot of people who are in the magazine at this moment in time; otherwise, I could have invited a thousand people, I’m a Parisian,” Zahm summed up his guest list. “What you see here is 25 years of reflection, of creation, of upholding ‘art’ as supreme value. A magazine puts me in contact with these people, and without them, I’m nothing.”

Though the scene was firmly 2017, it was impossible not to think about the stories Lipp’s walls could tell — not just the placards urging guests to take their pipe smoking outdoors or those banning shorts that it has well-preserved, or the impeccable liveried waiters — but for the brasserie’s position as a cultural locus that hosted scores of artists, politicians and designers, among them Schiaparelli, Yves Saint Laurent, Christian Dior or Hélène Rochas.

“[Zahm] reinvented his magazine by taking a segment that had been forgotten in contemporary art: fashion,” said curators Jérôme Sans and Nicolas Bourriaud, cofounders of the Palais de Tokyo and long-time friends of the magazine.

“At the time, fashion was always read and critiqued on the lines of colors and materials, whereas inspired by his art background, [Zahm] highlighted the connections and inroads between fashion and its contemporary history. Twenty-five years on, [Purple magazine] is still a pillar of contemporary fashion,” Sans said.

“Although Olivier is always working with the latest and freshest talent, his outlook and attitude haven’t changed. That’s why he’s endured,” said lingerie designer Yasmine Eslami.

De Castelbajac, who recently unveiled a collection with Chinese phone manufacturer OnePlus, agreed: “It’s 25 years of shaking all over. It’s a lovely anniversary that brings all the movers and shakers together. Purple is like a battery that inspires but also is powered by creation. And more than ever, our time is ripe for an alternative creative dimension.”

The milestone had others reminiscing about their own quarter of a century. “At that age, I wanted to change the world, break everything,” remembered de Castelbajac. “I was probably posing for Purple,” said Sevigny before adding, “1999 was actually a big year: I was nominated for an Oscar, ‘Boys Don’t Cry’ came out. It was a pivotal year in my life.”

“I hope Purple has 25 more years of unhinged artistic freedom and pushing boundaries, because I was starting high school when it all started,” said leather goods  designer Gabrielecorto Moltedo.

Andre Saraiva added that he’d probably been doing exactly the same as today. His new club, Le Mikado, was opening that very evening. Asked what it would be like, he teased, “I wish I could tell you,” before conceding that it would be open on weeknights only and what “my idea of a club used to be, a place of freedom like we used to have.”

Instead of his customary leather blouson, Zahm wore a black jacket with white stitching at the buttonhole, a gift from Kris van Assche, which turned into a birthday suit (figuratively, at least) at 11 p.m. when a cake appeared, to honor his birthday, which he’d kept under wraps until then.

After that, the evening wound down. Those daring enough to dance on a school night could head over to Le Mikado. For everyone else, celebrations are set to continue on Friday with an event at Ralph Lauren’s Boulevard Saint Germain store. “We’re shooting a film for our anniversary, so the cocktail will be the movie set,” Zahm said. “It’s our 25th, we need to put in an extra effort. The years have just flown by.”