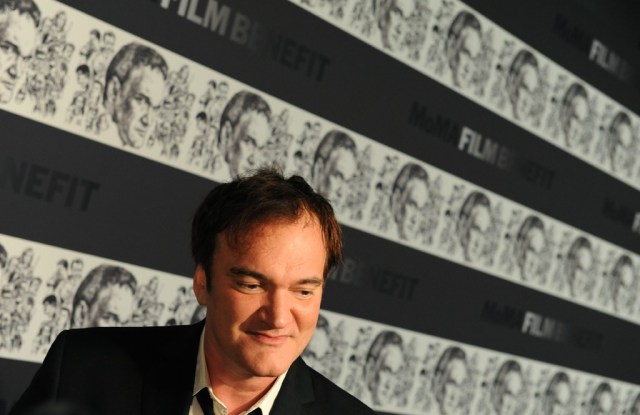 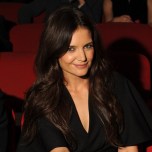 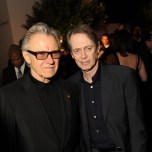 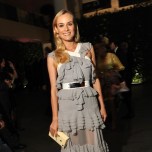 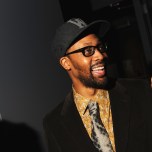 With apologies to the appropriate artists, the greatest mixed-media piece at Manhattan’s Museum of Modern Art on Monday night had nothing to do with the museum’s collection. RZA, the Wu-Tang Clan impresario turned cultural jack-of-all-trades, was at a piano in the museum’s second-floor atrium. Accompanied by a backing band of Club Monaco model-looking twentysomethings, he repackaged a medley of hits that themselves had previously been repackaged by Quentin Tarantino for his film soundtracks — “Jungle Boogie,” “Son of a Preacher Man,” Luis Bacalov’s score for the 1972 spaghetti Western “The Grand Duel,” etc. and so on.

If the proceedings were a little loose for so meticulous a venue, it worked. It was, after all, MoMA’s fifth annual film benefit, this year honoring Tarantino, that high reverend of reference. The setting had the director reminiscing about his first trip to New York, at the suggestion of Harvey Keitel in order to fill out the casting of “Reservoir Dogs.”

“[I said] ‘I agree Harvey, but what the f–k are we going to do about it? We don’t got any money,’ ” Tarantino said in an acceptance speech laden with stops, starts and asides. “Through a casting director friend of his we got a little office space and we started seeing some actors….We did casting. In that casting we found the great Steve Buscemi, who immortalized Mr. Pink for all time.”

Keitel and Buscemi joined a group of the director’s stars both past and present making cameos during the evening. Jamie Foxx and Diane Kruger were also there, as was the director’s longtime benefactor, Harvey Weinstein, alongside wife Georgina Chapman. Katie Holmes took in the action on an off-night from “Dead Accounts.” Perhaps her appearance might portend some far-off casting announcement.