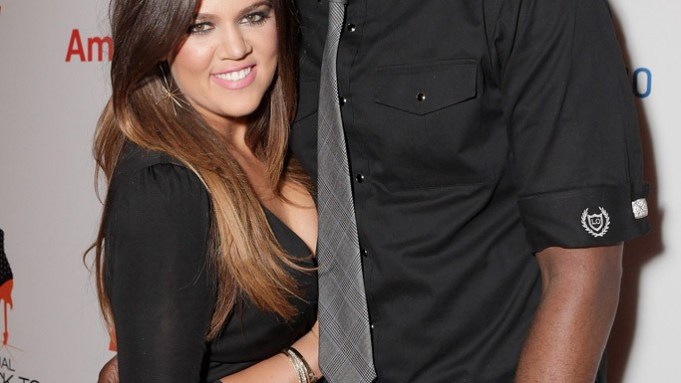 Singers, actors and reality stars aligned on Friday night for this year’s Race to Erase MS Gala at the Hyatt Regency Century Plaza in Los Angeles. Cochaired by Tommy Hilfiger and Nancy Davis, the evening raised $1.8 million, contributing to the more than $35 million raised over the last 19 years for the Nancy Davis Foundation for Multiple Sclerosis’ research and its Center Without Walls program. Davis, daughter of the late oil tycoon Marvin Davis, was diagnosed with MS almost 21 years ago and has been working steadily since to find a cure. While Hilfiger was unable to attend, his brother Andy kicked off the evening with a rock ’n’ roll-inspired fashion show featuring pieces from his Andrew Charles spring collection with a small preview of fall.

“Tonight means a lot to our family,” said Andy Hilfiger, whose sister Susie has been living with the chronic neurological disease for about 25 years. “Nancy Davis has done a great job in finding new solutions to help relieve MS.”

As a nod to the event’s “Glam Rock to Erase MS” theme, the fashion show also showcased Authentic Icon, the new clothing line inspired by “American Idol,” while show alums Pia Toscano, Diana DeGarmo, Ace Young, Taylor Hicks and Jacob Lusk were among those who worked the runway.

“I’m excited to see a new generation supporting MS,” said Khloé Kardashian, who attended with husband Lamar Odom in support of her sisters Kendall and Kylie Jenner, who also walked in the show. Did she offer any preshow advice? “They don’t need any advice from me. They are pros. I need advice from them.” Cybill Shepherd gave her daughter Clementine Ford this tip: “Don’t fall down.” Other runway participants included Shannon Elizabeth, “Bridesmaids” star Wendi McLendon-Covey, Catt Sadler, Cassie Scerbo and “Dancing with the Stars” pro Anna Trebunskaya.

“Access Hollywood” host Shaun Robinson and E News’ Jason Kennedy joined forces to lead the live auction — which included a trip to New York for fashion week in September. The package sold for $16,000 and featured tickets to Monique Lhuillier and Badgley Mischka’s runway shows, a trip to the Kathy Hilton showroom, and gift certificates for each label. “Dancing with the Stars” finale passes sold for $4,000 and “American Idol” finale tickets went for $5,000, while exotic vacation packages were snapped up for between $16,000 and $20,000.

Honorees of the Medal of Hope award included philanthropists Deb and Bill MacMillan and actress Teri Garr, who revealed in 2002 that she was battling MS. Marg Helgenberger, Taylor Armstrong, Camille Grammer, LaToya Jackson, Jon Lovitz, Jack Osbourne, Kathy Hilton and Lea Thompson were also in attendance. Fitz and The Tantrums, David Cook and The Tenors performed earlier in the evening, while Stevie Wonder ended the night with a five-song set that included hits “Isn’t She Lovely” and “Superstition.”