Rachel Brosnahan, Claire Foy & Everyone Else Was at the Governors Ball Post-Emmys

After the Emmy Awards ended, the entire auditorium filed into the Governors Ball across the street to eat, drink and be merry. 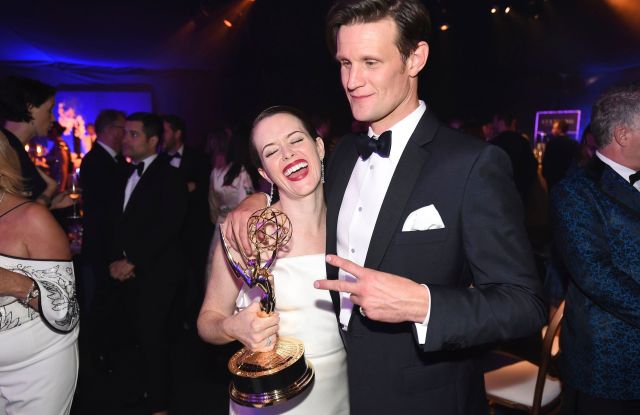 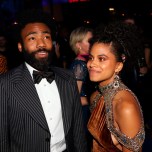 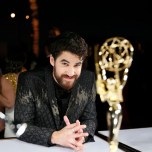 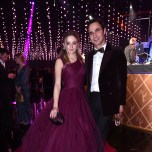 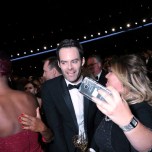 “I really can’t believe it. I feel like the new girl at the party,” said Rachel Brosnahan, gazing at the embarrassment of riches that surrounded her at the Governors Ball – a table full of Emmys awards, one for her Outstanding Performance by a Lead Actress in a Comedy, “The Marvelous Mrs. Maisel,” and a handful for the show’s producers, who took home the gold for Outstanding Comedy Series.

(Years ago, someone decided that “outstanding” was more inclusive or less judgmental than the word “best,” though that didn’t stop the Motion Picture Academy from creating an award for “Most Popular” film. That ill-received category has since been put on hold.)

The actress, who also won a Golden Globe earlier this year, said she never trained as a comedic actress, but the show was “a dream project” with its cast, costumes and theater-like tone. As she stroked her boyfriend (or rumored husband) Jason Ralph’s cheek, the cameras zoomed in for the closeup.

Brosnahan and co. didn’t have to go very far with their hardware – the Governors Ball is the first stop after the actual awards telecast and is held in a gigantic permanent tent atop the parking structure next to the Microsoft Theater. It may sound unglamorous, but the surrounding skyscraper views are killer and the open-air party, under a canopy of blue LED lights, was certainly atmospheric. It’s also practical – winner’s pick up their actual statues (they’re handed generic ones onstage) at the ball, then have them engraved with their names while they’re enjoying dinner, and pick them up again in satin-lined black cases on the way out, just like ultra-heavy gift bags.

“The Crown” star Claire Foy didn’t waste any time getting to the party with her Lead Actress in a Drama statuette and costar Matt Smith. Inside, instead of the usual three-course surf and turf dinner, there were stations serving up prime rib, truffle mashed potatoes, gruyere popovers, and a variety of farm-to-table vegetarian small plates. Between bites from the mini wooden forks, they chatted with costar Vanessa Kirby and fellow Brit Tracey Ullman.

Making the rounds were also Zac Posen and his date Joey King. In what has become a tradition of sorts, Posen accompanies a starlet to her first awards show, and designs a princess dress for her to wear for the special occasion. “Don’t ever call me a walker,” he said when teased about his talent for picking a great date every year. In addition to King, Posen also dressed his “Project Runway” costar Heidi Klum. “I think she had her best red caret ever,” he said. “I’m sorry we couldn’t take home the Emmy for our last season, but it’s on to new projects.” While he remained mum, saying “I’ve learned it’s better to do it first, then talk about it later,” he did share that he flew out to Los Angeles with Marc Jacobs, and the two hashed it out over New York Fashion Week. “It was a crazy season,” he said. “I’m kind of digging London now but I want everyone at home to do good.”

And while he was in party mode, he couldn’t help his designer instincts. “I really want to take shears and cut off Joey’s skirt right now,” he said. “No! I’m loving this skirt,” she interjected. “Well, it was really hard to pee in it, but I managed.” The two still had to hit the HBO party, though, which is known for its dance floor. “Maybe the next time you see us, she’ll be rocking the high-low look,” said Posen with a wink.