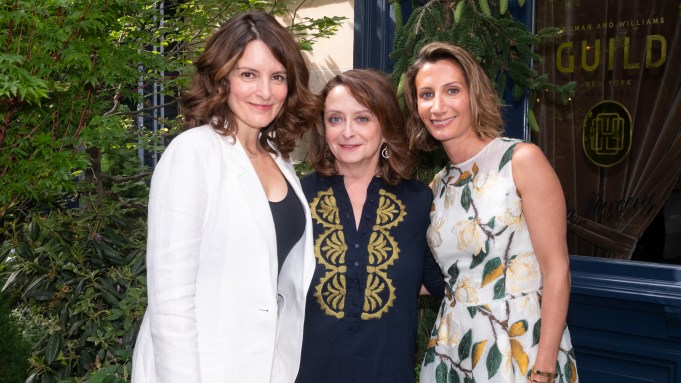 “Saturday Night Live” has become a dating hot spot, with couples Kim Kardashian and Pete Davidson, Scarlett Johansson and Colin Jost and Emma Stone and Dave McCary all getting together after the show.

But if “Saturday Night Live” alum Rachel Dratch could go back and give her 28-year-old self any advice, she joked that it would be, “stop dating comedians.”

At a Bustle breakfast to toast her Tony nomination for her starring role in Broadway show “Potus” and the launch of the women’s media publication’s new “28 Series” franchise, she recalled what life was like back in the ’90s when she was a budding comedian at Chicago’s The Second City comedy troupe.

“It was all the people that moved to Chicago trying to get into comedy. We were all buddies so we would all hang together all the time,” said Dratch, now 56. “It was living the improv way so I would do a show and then we would go across the street to the last act of the night. It involved late nights of drinking and cigarette-smoke-filled bars.”

One of those buddies that would bar hop with her in typical ’90s floral dresses cinched with a trusty hair clip was longtime friend and collaborator Tina Fey, who hosted the breakfast at La Mercerie in SoHo.

“Normally when I get dressed and go somewhere this time of day it’s to hear about my child’s transition from fourth grade to middle school so it seems appropriate that it’s the right time of day to celebrate Rachel’s transition to Broadway,” Fey joked. “Your Tony nomination, Rachel, has been something thrilling to see, but not at all surprising. She has that thing that can’t be taught or learnt or bought.”

“American Auto” star and another SNL alum, Ana Gasteyer, chimed in that a stint at Second City at age 28 was “cooler that what I did which was try to be on infomercials.”

And Julie White, another start of “Potus” who has also been nominated for a Tony award, added that the end of your 20s is typically when a Saturn Return occurs, marking a big life change. For Dratch, that was when she got on the main stage at The Second City where she stayed for four years.

Of the 28 franchise, Bustle editor in chief Charlotte Owen, said, “The beauty of Bustle’s 28 franchise is the diversity of perspectives it offers our reader. All of the women we interview have gone on to achieve remarkable things, but that doesn’t mean they had it figured out at 28. The stories of how they found success and happiness on their own terms is a constant source of inspiration and joy for our audience, and we’re thrilled to be adding Rachel’s story to the mix.”

Julianna Hough, Vanessa Williams, Lea DeLaria, Suzy Nakamura and Lilli Cooper, the other stars of “Potus,” were also in attendance at the breakfast.

The Monthly Fashion Magazine Is No More