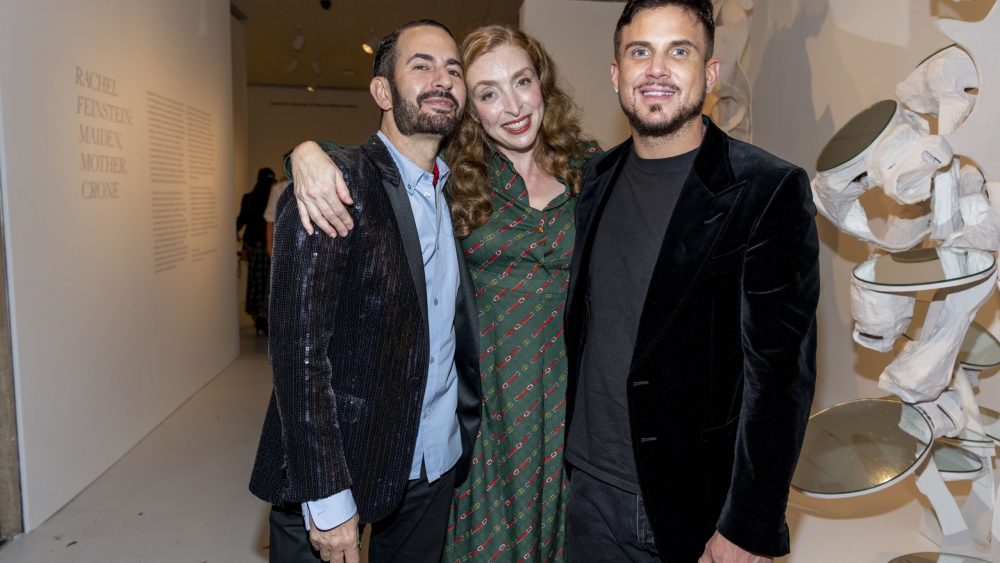 Tuesday night was a reunion for artist Rachel Feinstein.

Friends and supporters had congregated inside the Jewish Museum to check out the opening of the first career survey of Feinstein’s work, titled “Maiden, Mother, Crone.” There was the art crowd — Aby Rosen, Laurie Simmons, Joyce Varvatos, Yvonne Force Villareal, Ursula von Rydingsvard — weaving through the display of her sculptures. There was the entertainment and fashion crowd — Steve Martin with hat in hand, Gina Gershon, Marc Jacobs, Cynthia Rowley, Sofia Coppola — and then there was Feinstein’s family, husband John Currin and their three children. Even a group of friends from her college days at Columbia showed up.

Needless to say, Feinstein was busy greeting guests at every slight turn in the room.

“I kept saying making this show last year was like preparing for a wedding and a funeral and a birth, all at once,” said Feinstein, temporarily sequestered from the congratulatory crowd in a back room.

The exhibition includes her newest work — a commissioned 40-foot wall relief — alongside some of her earliest pieces, including the video art piece “Spring and Winter” from 1994.

“It’s the most profound experience,” said Feinstein of taking in three decades of her work all together in one space. “Because it’s seeing time pass. I made these sculptures before children, before September 11, 2001, some of them before meeting John [Currin]. And you have a memory of touching [the work] in a way that’s very visceral, and to now be where I am right now in my life and my mind-set and what I’ve done, it’s very intense.”

The show has prompted the artist to think deeper about different stages of life and confront grief, and one particular song — Alicia Keys’ “Girl on Fire” — has been on her mind.

“I’m like, what about ‘this woman on fire’ instead of a girl? Why is it about a girl? It’s so much about knowing who you are as a woman, and especially soon to be menopausal woman. And how we’re not supposed to talk about that whole thing. And it’s rebirth, really; it’s a phoenix. Because you’ve been let loose to not have to worry about creation as a biological thing, and it’s creation like men get to think about it. I’m thinking really profound thoughts right now.”

Also notable for the artist is the support of the Jewish Museum, and Feinstein pointed to other trailblazing artists who were given a break by the museum, including Jasper Johns and Robert Rauschenberg.

“I think there’s something to be said with the idea of an openness that’s different than in any other museum,” said Feinstein. “It’s this idea that you can have freedom somehow, because in Judaism [you’re] not allowed to make an image of god. And somehow because of that, there’s been this incredible openness to abstract art early on,” she added. “And so I believe this is the best place for me to have this, because it’s really an open road. There are no obstacles.” 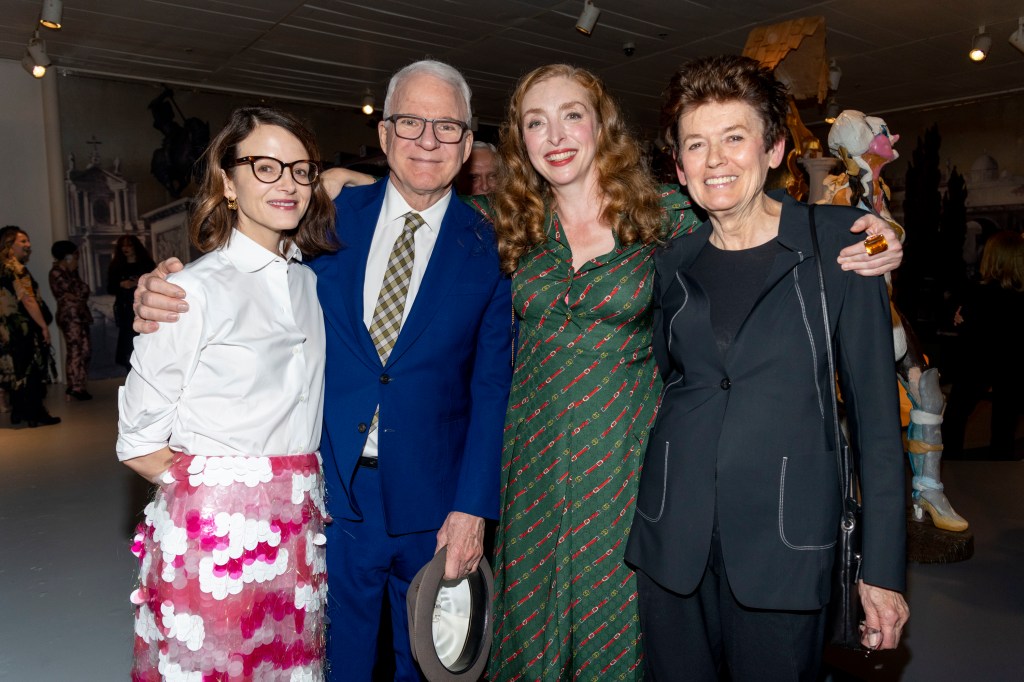