Returning to the Party Scene With Raf Simons and Adidas

“Who are all these kids? And why is there this band of kids who follow him around?” 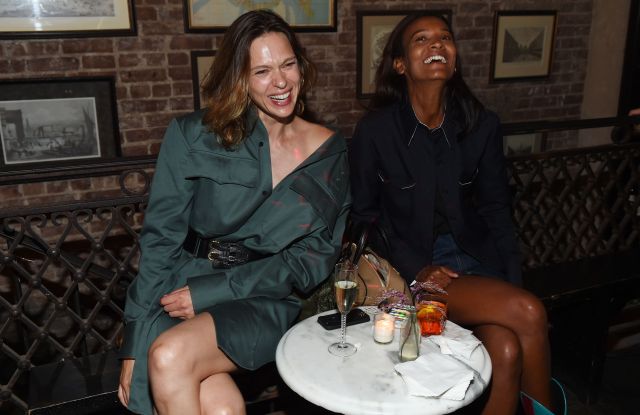 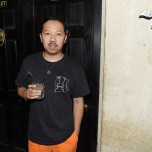 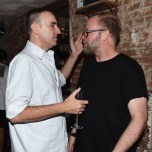 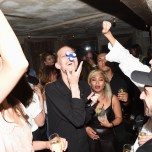 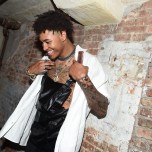 Yes, it’s been a minute since the women’s collections showed in February, and yes it’s July and we’d all rather be sunning ourselves somewhere more breezy than Chinatown. But it’s NYFW:M, which of course means the designers are celebrating with parties — and where there’s Raf Simons, there are the downtown club kids.

“Who are all these kids?” asked an overwhelmed editor, seemingly to no one, upon entering Bacaro restaurant on Tuesday night just after 11 p.m., where Simons and Adidas were throwing a party. “And why is there this band of kids who follow him around?”

Simons moved through the crowd of fashion kids and models alike, blessing his disciples with greetings, as guests in slipdresses and passionately unbuttoned Hawaiian shirts (vintage, obviously) sipped on Champagne and attempted to look cool despite the humidity.

“He sat right next to me,” bragged a platinum-topped young lad to his friend of Simons (on the subject, why the platinum hair dye craze?) as they made their way downstairs. Models Hanne Gaby Odiele and Lexi Boling bounced from inside the restaurant to the street outside, where dare we say the scene might’ve been better than what went on indoors. Boys in bucket hats sprawled onto random parked cars, lighting up cigarettes and posing oh-so-casually for photos.

“I just went to this and Patrik Ervell’s,” said Humberto Leon of his week of show-going schedule thus far, making his way through the dewy crowd in the restaurant’s basement. “I loved both shows. I just came from [Simons’ show] which was amazing. I’m a huge fan — it’s cool to have him in New York.”

Leon paused briefly when asked for his thoughts on how NYFW:M is settling into the show circuit schedule, then proceeded with: “It’s cool; I feel like men’s never really had its moment in New York.” He credits Simons with giving New York that moment. “I think having some headliners like Raf helps to spearhead it,” he added. “It’s evolved and I think having brands like this really helps to make the week.”

Young Paris Is ‘Excited for Excitement’ at NYFW: Men’s