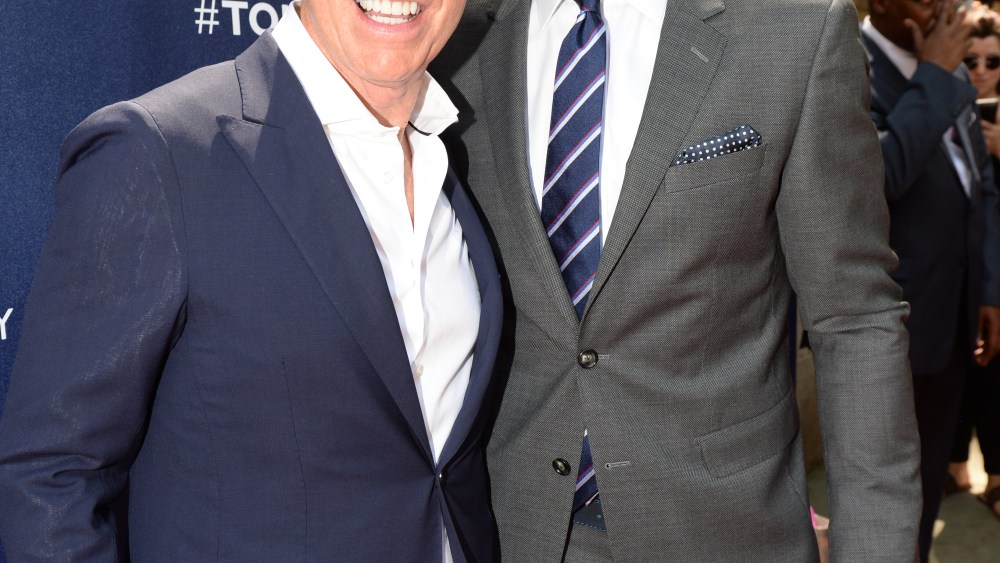 Finally, Rafael Nadal won another tennis game in New York. Far away from Arthur Ashe and two years removed from his last tournament victory here, he beat a couple of models on Tuesday afternoon. Fashion models.

He was in the middle of Bryant Park on a scorching summer day, facing off against Arthur Kulkov and Hannah Davis, whom he dismissed without breaking a sweat. And he was in a full suit and tie. Later on, he dispatched with Noah Mills and Constance Jablonski just as breezily.

These days, he’ll take what he can get.

“I’m feeling well. I’m working very hard and I feel like I’m playing better than I did the rest of the season,” he said, sounding uncharacteristically optimistic. And there was reason to feel good.

The exhibition match, if it can be called that, was the kick-off of Nadal’s advertising campaign as the face of Tommy Hilfiger underwear, tailored clothing and a new fragrance, TH Bold, and the designer spared no expense to launch his newest spokesman with a splash.

The label erected a makeshift court in the middle of the Midtown park and even enlisted actress Jane Lynch to play referee as Coach Sue Sylvester, her character fom TV’s “Glee.”

Despite 90-degree temperatures, international press and personalities like Martha Stewart, Lake Bell and Nat Wolff, not to mention mobs of fans screaming “Rafa! El numero uno! Vamos!” turned up to give Nadal a conquering hero’s welcome just less than a week before he returns to the U.S. Open.

The crowd’s enthusiasm, if anything, bode well for Hilfiger’s business.

“He has a huge following, men and women, from young teenagers to middle-aged people,” the designer said. “People like him. They think he’s very cool.”

The American and the Spaniard met some ten years ago after the Monte Carlo Masters and remained friendly. When Hilfiger sought to relaunch his underwear brand, he considered actors and musicians but ultimately, they didn’t pass muster: “It had to be someone global and the model had to have an incredible body. No fat.” So, he called Nadal.

In the world of tennis, there’s been much consternation lately about Nadal’s year, which sank a little lower on Friday when the world’s eighth-ranked player lost to its 23rd at the Western & Southern near Cincinatti. But Nadal, who is not prone to upbeat pronouncements (“Nothing is easy in the world,” he said when asked about modeling underwear), seems to be in a zen place himself as he returns to Flushing Meadows looking for some vindication.

“There’s nothing else I can do. If I don’t play that well, I don’t play that well. I try my best. I work as much as I can. There’s some good moments, there’s moments that are not that good. “Everything,” he said, “is part of my career. And I accept that and I want to keep working hard to try to be back to the level that I want to be.”